What is asset recovery?

Asset recovery – as outlined in the UN Convention against Corruption (UNCAC chapter V) – refers to the process by which the proceeds of corruption transferred abroad are recovered and repatriated to the country from which they were taken or to their rightful owners. 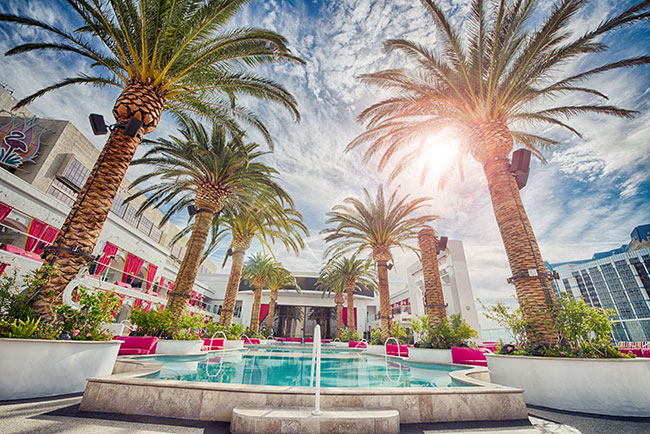 A precise account of the proceeds of corruption circulating the globe is not possible, but the World Bank estimates that developing countries lose US$20-40 billion each year due to corruption. This money could be spent on tackling poverty, providing decent public services and achieving the Sustainable Development Goals.

This significant injustice often occurs ostentatiously and in plain sight, but due to legal and institutional complexities and lack of cooperation between states it is all too easy for the corrupt to hold on to their ill-gotten gains.

With only US$1.398 billion assets frozen and US$147.2 million returned by OECD countries between 2010 and 2012, there is a huge gap between what goes missing and what is recovered and ultimately returned. We need concerted global efforts to improve asset recovery systems and increase cooperation and coordination between jurisdictions.

The UNCAC Review Mechanism’s focus on asset recovery in its second cycle of reviews (2015-2020) is an ideal opportunity for civil society to work with governments and advocate for fair and effective asset recovery: a process that not only punishes corrupt agents by confiscating the proceeds of corruption, but transparently and accountably returns assets to the states from which they originally came.

The World Bank has grouped the obstacles to asset recovery under three headings:

In the UNCAC chapter V (Articles 51-59) is devoted to asset recovery.

UNCAC (Article 53) provides for direct recovery of assets, whereby a foreign state is able to initiate a civil action in a foreign jurisdiction to establish title and ownership of property. It also means that courts should be able to order compensation or damages to a foreign state and recognise them as legitimate owners of property.

In the case of direct recovery of assets through the use of civil proceedings (Article 53), the defrauded state, represented by counsel, will stand – like any ordinary private plaintiff would do – before the foreign jurisdiction(s) where proceeds of corruption are located and will claim their repatriation to its national treasury. The legal basis for such civil claims are twofold:

In both cases, once ownership or damage is established, no further step is required to provide the basis for repatriation of those ill-gotten gains to the defrauded state.

Asset recovery is not only about recovering stolen/embezzled public funds stashed away by corrupt agents or confiscating the lavish properties they illicitly acquired abroad. The process involves any proceeds of corruption transferred abroad including those of private origin such as the illicit profits, benefits or advantages of monetary value gained by companies as a result of paying a bribe to a foreign official.

UNCAC Article 53.b) – which provides for direct recovery of property through compensation claims – was precisely established to provide a concrete remedy to states harmed by corruption in situations – such as bribery or trading in influence – where the proceeds of corruption involve funds of private origin to which the state was never entitled. And yet, as a Stolen Assets Recovery Initiative (StAR) report shows this provision has yet to be implemented. In the majority of foreign bribery cases settled abroad, victim countries are left out of the bargain. This is all the more unfortunate given the heavy and increasing reliance on negotiated settlements or out-of-court resolutions in both common law and civil law jurisdictions. However, it is believed to be equally true when it comes to ordinary court proceedings. 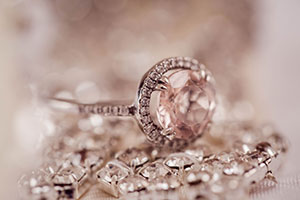 Also known as forfeiture, confiscation consists in “the permanent deprivation of assets by order of a court or other competent authority” (UNCAC, Article 2). It is a powerful legal weapon to deprive corrupt agents from their ill-gotten gains.

According to UNCAC Article 57, the return of the assets will be organized as follows:

Stages in the confiscation and return process

There are three main stages: identifying and tracing assets; freezing and confiscating assets; and recovering and returning assets.

Identifying assets is not as simple as following the money flow from bribes, embezzlement or other diversions of public funds. It is necessary to prove that the assets were unlawfully acquired. 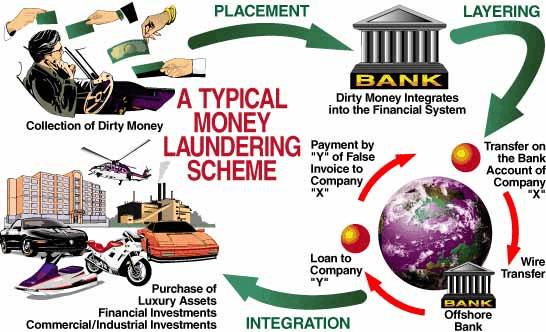 Money laundering disguises or mingles ill-gotten assets with legitimate funds or assets to hide their origin, which makes them all the more difficult to locate. This is enabled by certain financial centres, in which financial services providers (or “gatekeepers”) help conceal the proceeds of unlawful activities.

The international Anti-Money Laundering (AML) framework includes due diligence requirements for gatekeepers and institutions, including non-financial professions that might handle the proceeds of crime, such as law firms.

All these processes need constant updating to remain steps ahead of technological advances that give greater mobility to wealth and the possibilities for hiding and disguising it; with a mouse click the proceeds of corruption can easily be shifted to off-shore accounts, laundered and then moved again, mingling with legitimate funds and disappearing from view.

Freezing and confiscating the proceeds of corruption stops the assets from being used for further criminal activity.

Non-conviction based asset forfeiture is essential to deal with cases where “the violator is dead, has fled the jurisdiction, is immune from investigation or prosecution, or is essentially too powerful to prosecute”. However, not all countries have this legislation in place and so have no recourse when faced with cases that cannot be prosecuted through the criminal courts.

Assets can be confiscated in two ways: property-based confiscation, which requires the identification of a particular asset; or value-based, which is based on the monetary value of assets that cannot be materially recovered, because for example they have been moved on or destroyed.

The FATF provides useful guidance for countries on the best practice in confiscation, including ensuring that the state has a legal framework to respond to requests to “identify, freeze and seize property”. 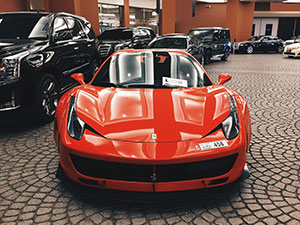 Once corrupt assets have been identified and legally confiscated they must be returned to their “prior legitimate owners” (UNCAC, Article 57). This final step in the asset recovery process can be complex, as it entails considering how to ensure the process is both transparent and accountable.

The whole asset recovery process relies mainly on effective cooperation between jurisdictions. Mutual legal assistance is covered in UNCAC (Articles 46; 54-57), and states are required to “afford one another the widest measure of legal mutual assistance in investigations, prosecutions and judicial proceedings”.

The StAR Initiative has useful recommendations on these considerations, in particular on the selection of appropriate financial management arrangements, the importance of on going monitoring to ensure funds are not re-appropriated and the role of civil society in this monitoring process.

Although some progress has been made in recent years, there is still a long way to go before asset recovery processes deter corrupt activity and provide remedies.

In 2014, the OECD found that its members had made little progress – with advances being made in only a handful of countries, leaving much room for improvement.

However, international efforts are beginning to bear fruit:

There have been many failures too as with Jean-Claude Duvalier, Mobutu Sese Seko Suharto and Slobodan Milosevic to name just a few.

The Global Forum on Asset Recovery 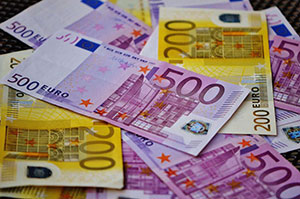 The first Global Forum on Asset Recovery (GFAR) was held in Washington, DC, 4-6 December 2017, hosted by the United Kingdom and the United States with support from the Stolen Asset Recovery Initiative (StAR). The meeting focused on assistance to four priority countries: Nigeria, Sri Lanka, Tunisia and Ukraine. GFAR was established as an outcome of the 2016 Anti-Corruption Summit, hosted by the United Kingdom. The results of the GFAR (such as an MoU between Nigeria, Switzerland and the World Bank which sets out the return of $321m of recovered assets) were concluded in the final communique.

The Principles for Disposition and Transfer of Confiscated Stolen Assets in Corruption Cases were agreed at the first GFAR in 2017.

As a contribution to the GFAR, the UNCAC Coalition supported civil society organisations in preparing country studies on the four focus countries as well as a number of destination countries. The CSOs also prepared one-page summaries of the reports. Following up on those baseline reports, in 2019, Transparency International National Chapters prepared six GFAR progress reports looking at developments in France, Nigeria, Sri Lanka, Tunisia, Ukraine and the United Kingdom. Links to those reports can be found in the fourth column of the table below.

At the 8th session of the UNCAC Conference of States Parties in December 2019, Transparency International submitted a statement entitled: Calling for Transparent and Accountable Asset Recovery – TI Country Reports.

What to do about asset recovery?

Asset recovery is often perceived as a distant and technical process – the realm of international institutions and lawyers – far removed from the everyday concerns of civil society and the public more broadly. However, while it is a complex global phenomenon, it is also a local activity and has very real effects on the lives of people and prosperity of communities around the world. 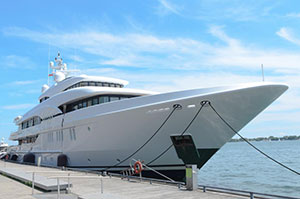 Governments have a long way to go to ensure the comprehensive implementation of UNCAC chapter V on asset recovery. In 2015, the UNCAC Coalition noted changes that were needed including:

The UNCAC Coalition is focusing on asset recovery as one of its advocacy priorities.

We are calling for the removal of barriers that prevent national treasuries from recovering corruptly-acquired assets stolen assets, establishing standards for transparent and accountable asset return and enabling civil society participation in the process.

The UNCAC Coalition submitted a statement on asset recovery to the 7th UNCAC Conference of States Parties that took place in Vienna, Austria, 6-10 November 2017.

Publications by CSOs on Asset Recovery