Whistleblowing and the UNCAC: Protecting people who report corruption

Reporting on the illegal or immoral activities of an individual or organisation is commonly called whistleblowing.

Whistleblowing is one of the most effective ways of exposing, fighting and remedying corruption.

Whether whistleblowers are government accountants who report on the misspending of public money or company scientists who expose the payment of bribes to cover up the release of toxic waste, they are essential for revealing wrongdoing and protecting the public interest.

Whistleblower protection: Why is it essential?

Whistleblowers often take great personal and professional risks in order to report wrongdoing. Around the world, they are routinely harassed, fired, arrested, sued, attacked or even killed for exposing misconduct.

Whistleblowers need strong legal protections to shield them from retaliation and enable them to report offences safely and freely.

Even where there are laws in place to protect whistleblowers they are rarely enforced or they are outright ignored. But, where legal protections work – and with the support of elected officials, civil society and investigative journalists – whistleblowers have saved countless lives and billions of dollars in public funds.

Food and water are safer, governments are more transparent, companies are more accountable, human rights are defended, and the rule of law is strengthened thanks to the brave actions of whistleblowers.

Many factors stand in the way of whistleblower laws being passed and enforced. The political status quo, opposition from industry and labour organisations, lack of support from citizens and the media, and strong cultural and historical forces that in many places continue to label whistleblowers as “traitors” and “snitches”, all serve to make whistleblower legislation difficult to pass and complicated to enforce.

The UNCAC: How does it help? 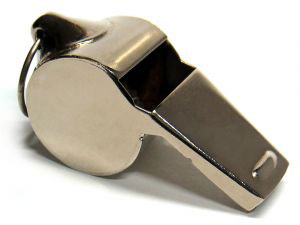 Whistleblowers provide the voice to expose corruption, but whistleblower laws give them the vital legal protection from retribution and help to ensure that their disclosures make the greatest positive impact.

The UN Convention against Corruption binds all of its signatory countries to consider legal provisions to protect people who report corruption-related offences from retaliation.

In Article 33 (Protection of reporting persons), it provides for whistleblower protection:

Each State Party shall consider incorporating into its domestic legal system appropriate measures to provide protection against any unjustified treatment for any person who reports in good faith and on reasonable grounds to the competent authorities any facts concerning offences established in accordance with this Convention.

The implementation of Article 33 into domestic legal systems is crucial to protect whistleblowers and make their contributions matter.

Due to the UNCAC, as well as other international and regional frameworks, and the work of NGOs and citizen movements, the need to provide whistleblowers with legal protections and safe avenues to report corruption has become more widely accepted than ever.

Today, new or improved whistleblower laws are under consideration in dozens of countries, many of which are UNCAC signatories. Since 2010, whistleblower legislation has been passed in Australia, Belgium, Bosnia and Herzegovina, Greece, Hungary, India, Ireland, Italy, Jamaica, Luxembourg, Malta, Morocco, Peru, Slovenia, South Korea, Uganda and the US. All of these countries have signed and ratified the UNCAC.

UNCAC forums: What are they doing to advance whistleblower protection? 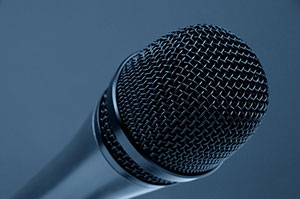 UNCAC forums, such as the Conference of State Parties, the Implementation Review Group and the Working Group on Prevention can consider and adopt proposals on the issue of whistleblower protection. The UNCAC Coalition is making the most of these opportunities.

In June 2013, TI and the UNCAC Coalition organised a panel discussion at the UN in Vienna, featuring leading international experts Tom Devine, legal director of the Government Accountability Project and Franz Chevarria, adviser to the OAS. The discussion was held during a briefing session of the Implementation Review Group (IRG), which was established by states to monitor how well the UNCAC is being implemented.

In 2013 the Conference of States Parties met in Panama and the UNCAC Coalition advocated for it to adopt a resolution requesting UNODC to prepare a thematic report and guidelines on whistleblower protection.

However, UNODC had already started working on a report on whistleblower protection ahead of the conference and Resolution 5/4 on Follow-Up to the Marrakech Declaration on Prevention of Corruption adopted at the 5th Conference of State Parties:

Welcomes “the Secretariat’s initiative to develop a compendium of good practices on protection measures for reporting persons as well as witnesses, victims and experts” (paragraph 31)

Since the conference, UNODC has reached out to UNCAC Coalition members and other civil society groups for inputs with respect to the compilation of the compendium of good practices.

Using the UNCAC at the national level to protect whistleblowers

Whistleblower protection is currently under review in the UNCAC’s first five-year review cycle on “criminalization, enforcement and international cooperation”. About 30 UNCAC Coalition members and TI national chapters have prepared UNCAC parallel reports. These reports track how well signatory countries are complying with the UNCAC and they cover country performance on whistleblower protection as one of their topics.

In 2013 and 2014 alone, new whistleblower protection laws took effect in Australia, Belgium, Bosnia and Herzegovina, Greece, Hungary, India, Ireland, Malta and the US. Proposed laws have been developed in Albania, Iceland, Kenya, Montenegro and Serbia. Existing laws are being reviewed in Germany, Sweden and the UK.

The US False Claims Act provides rewards to people who report fraud and abuse in government contracting. This law is widely seen as the world’s most successful and effective whistleblower law. It has led to the recovery of US$35 billion in fines, and in lost and stolen taxpayer money since 1986 – including a record US$4.9 billion in 2012. Also in 2012, the year after South Korea passed its Protection of Public Interest Whistleblowers Act, the government there recovered about US$10 million stemming from 40 cases initiated by whistleblowers.

The increasing transparency of retaliation cases brought by whistleblowers in Canada, the UK and the US has also helped the public assess how well the laws in these countries are working. The public availability of rulings in these cases has been critical in crafting proposals to strengthen whistleblower protection legislation.

Whistleblower laws have now been on the books in some countries for 20 years or more. During this time, a sufficient number of cases have arisen for guidelines and best practices to be developed by a number of NGOs and international organisations:

The amount of in-depth research on whistleblower laws and the issue of whistleblowing in general has increased in the past decade:

Many outstanding books have also been written about whistleblowing: