Earlier this month, governments and civil society experts met to discuss progress towards implementing commitments on anti-corruption. The Conference of the States Paries (CoSP), in its resolution 9/2, decided to hold prior to the 10th CoSP, one follow-up intersessional meeting of the Conference on the achievements of the UNGASS’ political declaration. The intersessional meeting was held from 5-8 September in Vienna. More information and agenda is available on the UNGASS Intersessional event page.

We covered highlights on twitter. Read our latest blog for a detailed summary and more analysis of what governments said.

UNCAC Coalition side events at the intersessional meeting

Organized by the UNCAC Coalition, sponsored by the European Union. 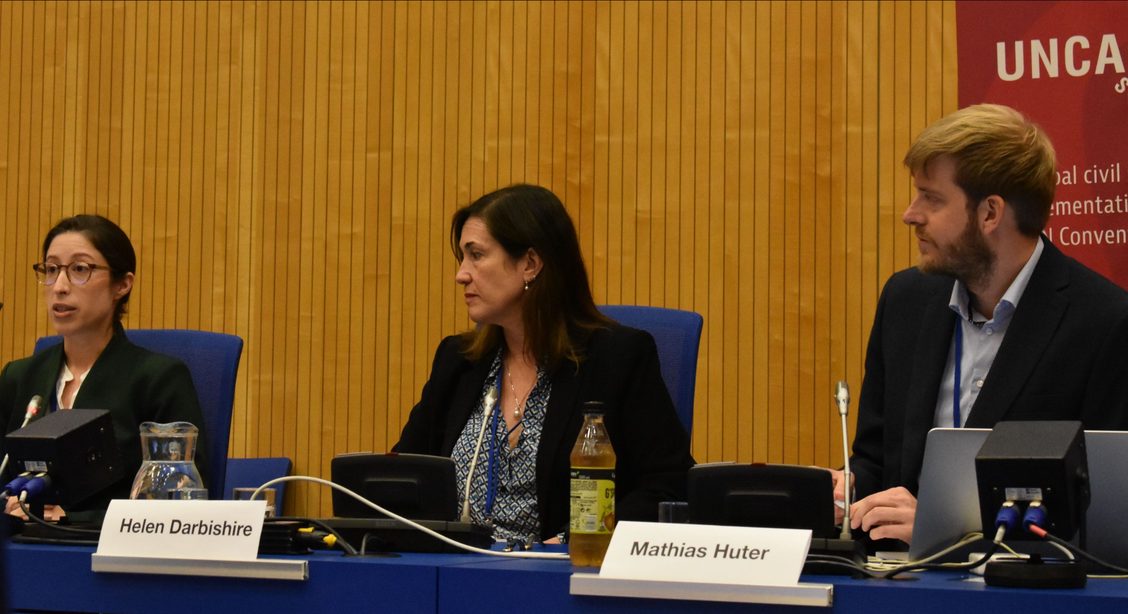 The UNCAC Coalition’s side event, supported by the European Union, evaluated progress towards implementing key prevention commitments reflected in the UNGASS Political Declaration. Leading civil society experts discussed recent developments, progress, and challenges observed globally in advancing access to information, the protection of whistleblowers, freedom of the media, and space for civil society. Key points from each speaker included:

Organized by the UNCAC Coalition, sponsored by the United States.

The UNCAC Coalition’s side event, organized with support of the United States, highlighted the need for active follow-up to the UNGASS political declaration in relation to asset recovery, including formal monitoring, increased technical assistance to origin countries, and coordination with similar discussions in other international standard-setting forums. Key points from the civil society experts, who all serve on the UNCAC Coalition’s board, included: