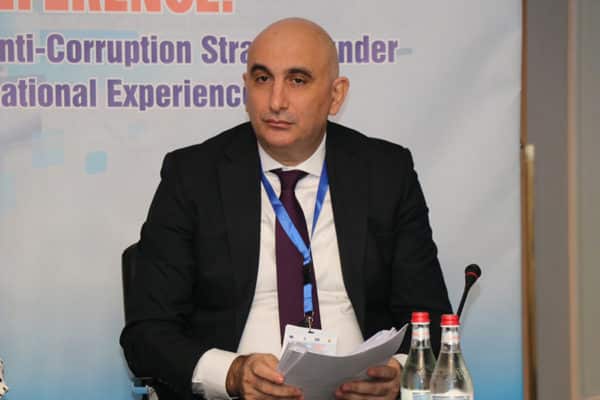 ALA, the leading anti-corruption NGO in Armenia, was founded in 1995 (<https://armla.am/en/>). ALA’s aims and mission are contributing to the reduction of administrative and political corruption and the identification of legislation, which includes corruption risks; promoting transparency and integrity; implementing institutional anti-corruption reforms; raising the level of anti-corruption perception and awareness among the public; and supporting the development of effective public administration system in Armenia.

In 2014, ALA became a member of the UNCAC Coalition network and in April 2016, a member of the registered UNCAC Coalition association. ALA has run the initiative of the establishment of CSO Anti-Corruption Coalition of Armenia and is coordinating its secretariat since 2014, which has more 71 members and is the “front” in the anti-corruption fight (<http://aac.am/en>). The latter was recognized by the UNCAC Coalition as an exemplary player. The Coalition was also officially recognized by the RA Government, and in 2016-2019 had a permanent seat at the RA Anti-Corruption Council headed by the Prime Minister.

ALA has also established Anti-corruption Centres aimed at combating administrative (petty) corruption since 2008. The activities of the Centres’ include providing legal assistance to corruption victims as well as supporting ALA and Coalition in achieving the above-mentioned aims.

ALA submitted suggestions concerning the Draft Coalition Strategy 2018-2020 and participated in the inaugural UNCAC Coalition virtual General Assembly as well as in the Second Review Cycle.

Since 2008, ALA has been lobbying to adopt UNCAC related anti-corruption mechanisms. Hence, the biggest success we achieved, is the implementation of the following anti-corruption reforms in Armenia:

Noteworthy, that ALA and Coalition are among the main actors who authored and developed the 2019-2022 RA Anti-Corruption Strategy.

Top Three Priorities to Achieve for the Coalition

Karen Zadoyan is the initiator and author of the roadmap of the anti-corruption reforms implemented in the RA in 2016-2017. He has acted as a Team Leader and Senior Expert within the various project in the field of human rights, judiciary, good governance, anti-corruption, and provided consultancy to international and regional organizations, state authorities.  In 2019, he initiated and jointly with the EU, UNDP and RA Ministry of Justice organized an International Anti-Corruption Expert Conference in Armenia, where the international and national experts and all stakeholders gathered and discussed the pillars and objectives of new Anti-corruption Strategy of Armenia.

He is a lawyer. Since February 2020, he is a member of the Professional Committee on Constitutional Reforms, created by the Prime Minister’s decision.