Home > News > Why don’t the victims of bribery share in the record-breaking Airbus settlement? 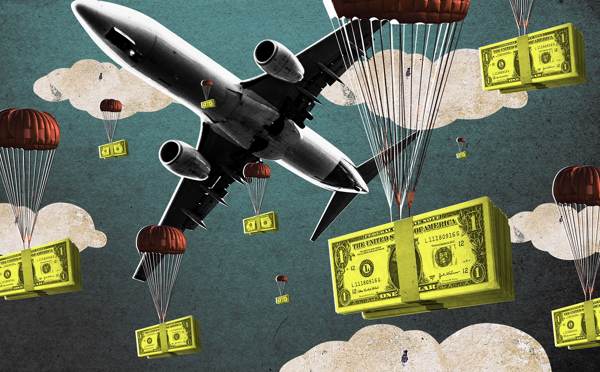 The case shows that, once again, bribery of foreign officials in the public and private sectors was part of a major multinational corporation’s business model. French prosecutors said the violations they uncovered increased Airbus’s profits by one billion Euros.

Record-breaking as the fines may be, going after the company alone is not a sufficient deterrent. The plea agreement should be followed by prosecution of the executives involved.

Notably absent in the Airbus agreements are any plans to share the penalty payment with the countries where the company was paying bribes, including Colombia, Ghana, Indonesia and Sri Lanka.

Foreign bribery, especially on this scale, has a pernicious and devastating effect on the countries where the bribes are paid – the so-called ‘demand side’ of the bribery equation. Governments pay higher prices for lower quality or incomplete goods and services. They may even waste millions on completely unnecessary procurements. Essential services like education and healthcare are deprived of much needed funds as a result. Especially in poorer countries, the impact can be a matter of life and death.

By damaging trust in government and public institutions, bribery schemes also undermine faith in democracy. In Latin America, the political fallout of the massive Obebrecht-Petrobras bribery scheme is still being acutely felt.

So, it is essential that the consequences for Airbus do not stop in the ‘supply-side’ countries, like France, the UK and US. Authorities there have a duty to facilitate investigations in countries where bribes are paid, and provide them with a share of the penalties, including disgorged profits.

Two Sides of the Coin

The UK has taken the lead in prioritising compensation to victim countries in foreign bribery cases. Multiple government departments and agencies share a common framework to collaboratively manage the process from start to finish. In the past decade, Tanzania has received more than £37 million (€41 million) in reparations and compensation from two UK companies as part of foreign bribery settlements.

Under French law, victims who have been harmed, including states, may apply to become a civil party to criminal proceedings. In 2007, Nigeria became a partie civile to a money laundering case against a former minister of petroleum, Dan Etété, and received compensation.

The Global Forum for Asset Recovery has established principles for safely returning proceeds of corruption to the country of origin. These enshrine transparency, accountability, the use of funds for the benefit of people of the nations harmed and inclusion of civil society, and should guide all such processes.

In the US, in a handful of cases, foreign governments have received restitution or compensation in connection with violations of the Foreign Corrupt Practices Act (FCPA). In the two most recent cases, the governments of Thailand and Haiti were compensated in 2009 and 2010 respectively. In both cases, the court ruled the governments were directly harmed by a criminal conspiracy to bribe government officials.

In January, the Trump Administration indicated that the FCPA may be changed following complaints from US businesses. This would be a disaster. Rather than watering down this essential legislation, the government should expand the law to not only cover businesses who give bribes but also the foreign officials who request them. A bill before Congress known as the Foreign Extortion Prevention Act would do just that.

Until then, governments should step up their coordination to ensure that the victims of corruption are compensated and restituted, and that the perpetrators face the consequences they deserve. Since countries like Colombia, Ghana, Indonesia and Sri Lanka did not benefit from the recent Airbus settlement, they should be free to take action against the company, not just their own public officials.