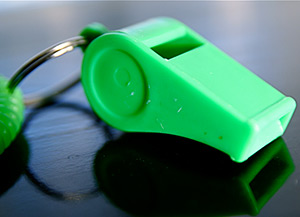 Corruption, like drug trafficking and human trafficking, is an activity conducted in the shadows. Investigations to a large extent are dependent on third parties (whistleblowers) who speak out in the public interest.

Article 33 of the UN Convention against Corruption requires States Parties to consider incorporating mechanisms that would provide protection to whistleblowers against any unjustified treatment, as long as they report in good faith and on reasonable grounds. A number of jurisdictions have whistleblower protection legislation in place but it is highly questionable whether these laws really do protect those who have the courage to speak out in the public interest.

The fate of whistleblowers who expose wrongdoing within the police force is illustrative. For instance, Officer Adrian Schoolcraft of the New York Police Department (NYPD) was reportedly sent to a psychiatric unit on the basis that he was “a danger to himself” when he alleged the “fudging” of crime statistics in 2009.

A more recent example from the UK, again deals with the manipulation of crime figures. The UK is one of the countries to have adopted solid whistleblower protection legislation (Public Interest Act 1998). A reasonable expectation is that this legislation would effectively protect those who speak out from harassment and also encourage institutions to act in a manner that promotes integrity and protects those who reveal malpractices.

Instead PC James Patrick of the Metropolitan police (Met) who took the step of speaking out in the public interest about the manipulation of the crime figures found himself subject to misconduct proceedings, bullying and “sustained attacks against his character”, eventually resulting in his resignation. According to PC James Patrick his experience led him “to see just how flawed the whistleblowing system is, how it fails, but also to firmly believe that no police officer should normally resign or retire while subject to any misconduct investigation”.

The steps that PC James Patrick took did result in some good: the setting up of a public administration select committee, which resulted in the admission by the head of HM Inspectorate of Constabulary Tom Winsor and the Met Commissioner Sir Bernard Hogan-Howe that the figures were being fiddled. However, the difficulties faced by PC Patrick James in exposing the unacceptable practices will deter others who may contemplate blowing the whistle.

Does this mean that whistleblower protection legislation has no teeth? It seems like it. Unless the primacy of integrity as an inviolable value is entrenched within an institution, whistleblowers remain open to harassment and threats. In the case of PC James Patrick, senior officers in the Met reportedly put pressure on him to stop him speaking out and went “so far as to insist he be barred from having any contact with any member of the public”.

Bringing about a change of attitude towards integrity within an institution is not an easy task. It needs willing participants and time. Training sessions alone may be insufficient unless integrity as a core value is internalised by those within the institution. In an ideal world it would be celebrated and whistleblowers promoted as guarantors of integrity. Unfortunately we have not yet reached this ideal state.

So what can we do in the short-term to give teeth to whistleblower legislation? Perhaps one avenue available to us is to include a provision within the legislation to fine both institutions and individuals actively engaged in discriminating and bullying those who speak up in the public interest.

Indira Carr is Research Professor in Law at the University of Surrey.