Home > Blog > Where are the Americans? – The U.S. response to the Panama Papers

American companies like Google and Nike hide more than $2.1 trillion in offshore tax havens. But the sad truth is that the United States itself plays host to many of the same practices detailed in the leak of the Panama Papers. Executives and firms take advantage of an increasingly deregulated market as the U.S. consistently avoids international efforts at disclosure reform.

States like Nevada and Delaware make it easier to secretly register a company than to obtain a library card. In fact, the U.S. ranks third in the Financial Secrecy Index compiled by the research group Tax Justice Network, describing a “race to the bottom between individual states on standards of disclosure and transparency.” Policies originally designed as tax loopholes simultaneously serve to camouflage illegal financial activities, including the transfer of stolen public assets to the United States from abroad.

Powerful corporations and individuals use lax disclosure laws in these states to create shell companies for covert financial transactions. Wealthy companies, businessmen and public officials from around the world can remain completely anonymous and hide illicit financial behavior. Accordingly, it comes as no surprise that Nevada ranks 8th among the top 10 most popular tax havens used by law firm Mossack Fonseca, the company implicated in the world’s largest leak of secret financial activities. Yet, the increased focus of the U.S. Treasury Department lies exclusively on offshore tax avoidance and ignores individual illicit enrichment and other illegal financial dealings inside the U.S.

It’s your money, after all

On April 5, President Obama called for action in response to the Panama Papers. He argued that “We shouldn’t make it legal to engage in transactions just to avoid taxes” while invoking “the basic principle of making sure everyone pays their fair share.” It’s true that 72% of Fortune 500 companies—the richest among us—keep money in offshore tax havens. And according to the President, “a lot of these loopholes come at the expense of middle-class families, because that lost revenue has to be made up somewhere.” 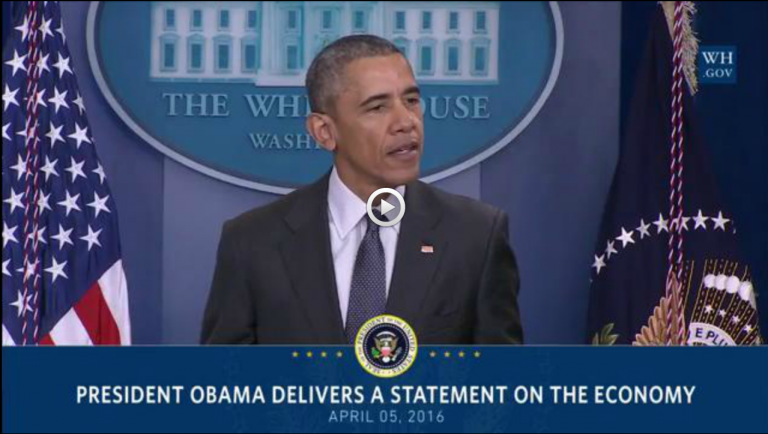 While the focus remains on offshore accounts, companies like Apple continue to avoid paying millions in taxes without leaving the States. According to an investigation by the New York Times, Apple established an office in Reno, Nevada with only a small number of employees to take advantage of the zero-percent tax rate, despite having no other operations there. Even worse: places like Miami and New York City have become hubs for secretive luxury real estate purchases by foreign nationals “linked to bribery, corruption, embezzlement, tax evasion or other misdeeds in their home countries,” according to the Miami Herald. 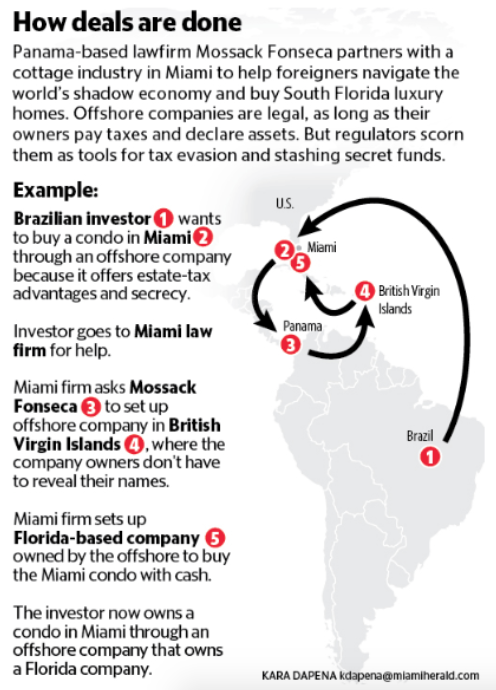 Not only is it important to repatriate offshore money accounting for $620 billion in lost tax revenue, we must also call for further federal investigations within the United States, including the seizure and return of stolen public assets. Finally, the U.S. government must end the practice of legal corruption in which companies fund election campaigns in exchange for corporate tax loopholes and extraneous accounting regulations. A failure to do so will continue to increase world inequality by allowing the rich to elevate their position and bad actors to hide illegal activities via financial secrecy. With the world’s biggest economy, the U.S. must be a leader going forward.

Nevada’s Secretary of State announced Panamanian firm Mossack Fonseca payed a fine of just $10,000 for bad record-keeping, but most of its activities were surprisingly legal under existing state and federal laws. Is that enough for a company that has enabled the alleged corruption of Russian President Vladimir Putin, helped Syria’s ruling regime to evade sanctions and the illicit enrichment of country leaders like the Prime Minister of Iceland?

That’s why we must engage public leaders to do more

The U.S. Treasury Department under the Obama Administration has pledged to limit abusive financial practices like corporate inversion, but its authority under the law is limited. As Seth Hanlon, White House Special Assistant for Economic Policy, writes that while “Treasury’s new action will make it more difficult and less lucrative for companies to exploit the inversions loophole, only legislation can close it for good.” New legislation must not only eliminate international and domestic inversion, but also secret finance that facilitates corruption by hiding stolen public assets. When we learn where those assets are, we can finally recover and return them to the rightful owners—you!