Quebecois have long been accustomed to corruption and government malfeasance. Despite the outraged responses to a 2010 cover story in a Canadian news magazine that depicted the iconic mascot of the Quebec Carnival (“Bonhomme Carnaval”) wielding a briefcase stuffed with cash, a poll earlier that year by a research group, Angus Reid, found that 68 percent of Quebec respondents were concerned about corruption, the highest level in Canada; 41 per cent of respondents viewed corruption as a systemic failing in the province.

Even the most jaded observers, however, have been shocked by the revelations that have emerged over the last year, which led to more than 40 people being charged in connection with construction-related kick-backs and brought down several top politicians, including the mayors of Montreal, Quebec’s largest city, and Laval, its third-largest. 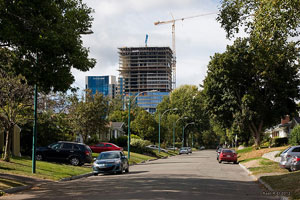 It is broadly recognized that an effective right to information is vital to maintaining government accountability and that mismanagement and corruption thrive in a climate of secrecy. So, it is hardly surprising that research by the Centre for Law and Democracy (CLD) into Quebec’s access legislation has revealed major problems that severely undermine transparency in the province.

Failing to Measure Up: An Analysis of Access to Information Legislation in Canadian Jurisdictions, a study done by CLD in 2012, analysed the right-to-information laws of Canada’s 14 jurisdictions (10 provinces, 3 territories and the federal law) using the RTI Rating, a methodology developed by the centre and Access Info Europe for assessing the quality of legal frameworks for the right to information. The analysis found that every jurisdiction in Canada has major problems regarding these frameworks. However, even among this weak peer group, Quebec’s system is notably deficient. The province scored just 81 points on the RTI Rating out of a possible 150, barely beating the last-place finishers (a three-way tie among New Brunswick, Alberta and the federal law).

These weaknesses were studied more closely in the centre’s submission to a 2013 general consultation and public hearing held by Quebec. The most important problems uncovered by the study involved the law’s exceptions, which prevent public access to huge swaths of information. Several exceptions lack a requirement that authorities demonstrate a potential for harm before information can be withheld, which begs the question why it could possibly be considered necessary to withhold information where its disclosure would not cause any harm.

Several public authorities, including ministers’ offices, municipal bodies and members of the National Assembly, are under no firm obligation to disclose information at all. Instead, they have the discretion to release information only when they feel it is expedient. The notion of expediency has no place in a right-to-information framework. As a human right, the ability of individuals to access information held by public authorities should never be subject to official discretion.

The law also lacks a proper public-interest override. According to international standards, information that is classified under an exception should still be disclosed if its release is in the public interest. Quebec’s law has an override, but it applies only to limited exceptions and, tellingly, it does not apply to information that would expose corruption. 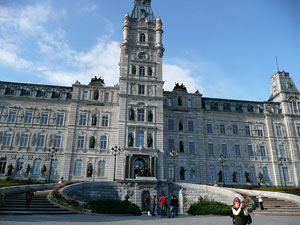 More broadly, the law paints a picture of a province seeking to subvert its transparency obligations rather than to fulfil them. Quebec’s legal framework often raises multiple lines of defence against the disclosure of particular categories of information, appearing to treat openness as a threat to be neutralised rather than as a human right to be promoted.

In April 2013, I presented the Centre for Law and Democracy’s findings to the Quebec National Assembly’s Committee on Institutions, which was reviewing the access law and its implementation. In making the case for reform, I received a mixed response. Some committee members embraced the call for more transparency, while others were cautious or even hostile toward greater openness. The idea of extending the law to apply to ministers and National Assembly members was a particularly tough sell. In my experience, this is a typical reaction. Politicians all over the world, of every stripe, are naturally wary of greater openness laws, as they all have things that they would prefer the public not see.

Yet, this is the only practical way forward. Besides being a human right, which is essential to maintaining democratic legitimacy, an effective right to information is the only way to foster a climate of accountability, where politicians act as responsible caretakers over public resources. While arrests and resignations may remove some corrupt figures from the process, proper reform of Quebec’s access laws is the only way to fix the structures that allowed them to operate with impunity to begin with and to prevent other politicians and businesspeople from taking their place.

They say that every crisis creates an opportunity. Quebec’s unfolding corruption scandals present such a possibility. We urge the Quebec government to undertake a substantial root-and-branch reform of its access-to-information law. Without concrete steps to improve transparency, Quebec is merely counting the days until its next scandal.

Michael Karanicolas is the legal officer for the Centre for Law and Democracy in Halifax, Nova Scotia.