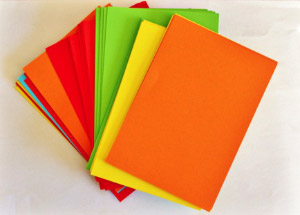 The UNCAC review in Tunisia began well even before its official start date in 2013. Civil society preparations commenced in 2012 when I WATCH attended a training session in Johannesburg jointly organised by UNODC and the UNCAC Coalition.

The training meant that I WATCH was better able to contribute to Tunisia’s self-assessment and to engage other civil society organisations (CSOs) through UNCAC awareness-raising events.

Additionally, the UN Development Programme (UNDP) made a call for proposals to participate in the review process, and conducted a “training of trainers” to develop the capacity of civil society experts to participate in the review and contribute to a common government-civil society report. This helped trigger CSO activity since many CSOs had not seen the UNCAC as a priority at first. However, there were some concerns raised about the extent of UNDP’s role in shaping CSO engagement in the process.

These preparations set in motion the civil society contribution to the 2013 review process.

Of the alliance members, a commission of five CSOs was elected to work directly with the government team to review the self-assessment report. To increase its legitimacy, the alliance launched a consultation tour with local CSOs outside Tunis, where it shared the assessment report and gathered feedback from different perspectives.

However, the collaboration on the part of the peer reviewers was apparently not as effective as it could have been. For example the Seychelles, which was one of the two assigned peer reviewers, reportedly declined to travel to Tunisia citing lack of resources. This development led to a delay in the review process for Tunisia.

But despite initial difficulties the process was ultimately successful. On completion of the review, I WATCH published a parallel report, which differs only slightly from the government-endorsed review report. This government consultation showed a commendable willingness to take on civil society contributions.

In many ways the UNCAC review process in Tunisia can be seen as a blueprint for others to learn from – the government and civil society from all levels worked together to produce a meaningful and transparent review. However, in future it will be essential to establish the ownership of the participation processes and ensure that Tunisian civil society is truly effective, respected and heard in subsequent reviews.

Achref Aouadi is President of I WATCH and holds the Middle East and North Africa regional seat on the UNCAC Coalition Coordination Committee.