Corrupt money associated with bribes received by public officials from developing and transition countries is estimated at US$ 20-40 billion per year. Without a doubt, the repatriation of illicit assets could provide much needed funds for development, particularly in the many countries where large numbers of people live in poverty.

However, according to the Stolen Asset Recovery Initiative (StAR) of the hundreds of billions of dollars stolen over the last fifteen years, no more than US$5 billion has been recovered to date. When one thinks that this single figure is equivalent to the reportedly personal fortune amassed by Mobutu Sese Seko, one of Africa’s most corrupt rulers, you can see a lot remains to do to recover stolen assets that can help developing countries achieve the Millennium Development Goals.

The recent events in Tunisia, Egypt and now in Libya might change the rules of the game. As a matter of fact, they offer a unique opportunity for governments to translate into actions Article 51 of the UNCAC, which makes returning stolen assets a fundamental principle for all states parties. In France, the UK and Switzerland, governments heeded calls to freeze and investigate the assets of ex-president of Tunisia Ben Ali and ex-president of Egypt Hosni Mubarak, their family members and close associates. Similar measures are currently being taken with respect to the assets belonging to Gaddafi and his cronies.

Let’s hope that this reaction to the “Arab revolutions” announces a real shift in the policy framework of receiving countries, so that they take all required measures to enable prompt recovery of stolen assets.

On 7 March 2011, SHERPA and R’NAC (Réseau National Anti-Corruption) announced the lodging of a request to the Anti-Money Laundering and Suspicious Cases Unit of the Central Bank of the UAE to request the immediate tracing, identification and freezing of any funds and/or other assets belonging and/or related to Mr Zine el-Abidine Ben Ali, Mrs Leila Trabelsi, Mr Mohamed Sakhr El Materi and other members and close associates of Ben Ali’s family.

Global Witness and Transparency International have called for swift implementation of the G20’s Anti-Corruption Action Plan. 76 other organisations from around the world, including many UNCAC Coalition members, signed the joint civil society letter sent to the Group of 20 leading economies (G20) on 15 February.

Released last November following the G20 summit in Seoul, the Action Plan sets out a global blueprint for tackling corruption. The Plan covers 11 policy areas, including how to prevent corrupt politicians from accessing the financial system and deny them safe haven in G20 countries, implement the UN Convention Against Corruption (UNCAC), return stolen assets and protect whistleblowers. The G20 Working Group has been tasked with turning these broad pledges into concrete actions. It met in Paris on 25-26 February 2011 in the first of three face-to-face meetings planned in the run-up to the French-hosted G20 Summit which will be held in November 2011 in Cannes.

The joint civil society letter makes recommendations on each area covered by the Action Plan, and the key theme is the importance of greater transparency as well as the need for civil society input into the G20 process. Two of the recommendations – registries of the beneficial owners/controllers of companies and trusts; and companies reporting their accounts on a country-by-country basis – would provide investors, citizens and government agencies with crucial information to tackle financial crime and tax dodging.

UNODC-TI training for civil society on the UNCAC review process 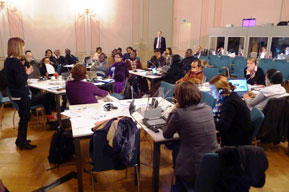 The first civil society training on the UNCAC review mechanism was held in Austria from 2–4 February 2011. It was organised in partnership by the UNODC and Transparency International (TI), in its capacity as Secretariat to the UNCAC Coalition, with support from the UK Department for International Development.

With the first year UNCAC reviews currently under way and the second year reviews starting around June, the training was an important step in strengthening civil society’s capacity to play an active role in the review process, including through dialogue with states parties. This is particularly important because the UNCAC is the first global legal binding instrument that devotes an entire article to civil society participation (Article 13). 35 representatives from CSOs came together for the training in the new International Anti-Corruption Academy (IACA) in Austria. The representatives came from countries under review during the first and second years of the review process, as well as regional representatives from the Middle East and Latin America, and a representative from the NGO Alliance on Crime Prevention and Criminal Justice. 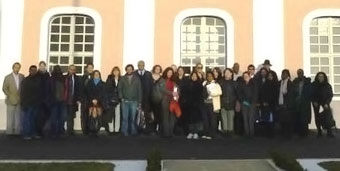 CSO representatives gained a strong understanding of the UNCAC review process, providing the basis for their participation in and advocacy on the review process at national and international levels. Participants will now share their learnings on a national level with follow-up activities in their own countries. Check out stories from the training on the UNODC website, and training materials on the UNCAC Coalition website.

The landmark elections for the first UNCAC Coalition Coordination Committee will be held online from 18 to 22 April 2011.

Voting passwords will be circulated to all members on 4 April 2011 so stay tuned! These will enable members to access the online voting system from 18-22 April to cast their vote. Keep an eye on the Coalition website elections page, where you can find election bulletins and details of the election process.

Composed of 12 members, the Coordination Committee will be the oversight and decision-making body of the Coalition. Eight seats are allocated on a regional basis, two seats go to International Member Organisations, one seat is reserved for Individual Affiliate Members, and the Coalition Secretariat has a permanent seat. Committee members are elected for two year terms, except that five of the Members elected in the inaugural election shall have one-year terms. You can read more about the UNCAC Coalition governance, and the responsibilities and rules of procedure of the Coordination Committee on our website.

There are 26 first year country reviews under way in the UNCAC review process, with country visits having taken place or expected in numerous countries including Finland, Togo, Mongolia, USA and many in the Americas. The review reports are expected be finalised before May 2011. So far three countries – Brazil, Rwanda and the United States – have agreed to have their self-assessment responses published on the UNODC website and are to be commended for this (the US responses were due to be placed online as this newsletter went to press). The Coalition is calling on all governments reviewed to follow this good example and to agree to country visits with opportunities for civil society representatives to meet review teams. The Coalition is also calling for the UNODC to publish information about the review process, including the schedule for country visits by review teams – to our knowledge this information is not so far published online.

The second session of the Implementation Review Group (IRG), which has oversight of the UNCAC review process, will take place on 30 May – 3 June 2011, in Vienna. The body is composed of representatives of States Parties. Additionally, signatory states and intergovernmental organisations are permitted to attend as observers. At its May/ June meeting, the IRG is expected to discuss the experiences and results of the first year reviews. The meeting will also oversee the drawing of lots to select peer reviewers for the second year country reviews. Civil society organisations will be excluded from that IRG meeting pending a decision on CSO participation expected at the 4th Conference of States Parties (COSP) in Marrakesh in October 2011. It is crucial that CSOs be permitted to send a group of representatives to the IRG to officially present their findings about the review process and .about national UNCAC implementation. The Coalition has called for governments to allow CSO participation at IRG meetings and will continue its advocacy ahead of the 4th COSP.

As part of its UNDEF-funded project on enhancing civil society’s role in monitoring corruption. Transparency International is offering small grants for CSOs engaged in monitoring and advocacy around the UNCAC review process, to contribute towards their costs in developing a report assessing (1) their government’s approach to the UNCAC review process and (2) their government’s compliance with its UNCAC obligations. Only CSOs in year two countries are eligible to apply – you can find a list of these countries here. For more details or to apply, download an application form and submit it by 15 April 2011.

Iceland and Thailand became parties to the UNCAC on 1 March 2011, bringing the number of states parties up to 150! The Coalition is calling on all governments who are not party to the UNCAC to ratify the Convention, particularly the four G20 countries which have not yet ratified the UNCAC (Germany, India, Japan, and Saudi Arabia). You can find the signature and ratification status of the UNCAC on the UNODC website.

The UNCAC Coalition is a global network of over 240 civil society organisations in over 100 countries committed to making the UN Convention against Corruption effective and respected.

We’d love to hear what you have to say and to receive your contributions for the newsletter. Email us at email hidden; JavaScript is required.