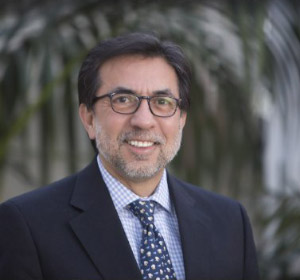 What was the most successful outcome of this conference?

There were a significant number of positive outcomes from this Conference of States Parties and the most important is clearly the unanimous decision by all 177 States Parties to launch the second cycle of the UNCAC Review Mechanism in 2016. This is the only global mechanism that governments use to evaluate each other’s compliance with their anti-corruption treaty obligations, and it is essential to keep this momentum going in the years ahead.

What were the most challenging areas of discussion?

There were a number of difficult negotiations in St. Petersburg and I would say that the first-ever open debate on the role of civil society in the UNCAC produced a healthy exchange of views that allowed governments to discuss ways to cooperate with non-governmental organizations locally and internationally. It also provided a platform for countries to explain their interpretation of the UNCAC’s rules governing NGO participation in working groups which remains hotly debated issue. The United States actively supported giving NGOs to ability observe and participate in relevant discussions, particularly where they have expertise. We also proposed that the COSP make this agenda item permanent, so that we can continue dialogue on this topic. Unfortunately, we could not build a consensus on this proposal in St. Petersburg, but the discussion will continue in Vienna over the next two years until we reach one. Our goal is to maintain a constructive and positive dialogue over the need bring NGO expertise into the UNCAC to give governments the opportunity to publicly share the progress they are making on UNCAC implementation.

What do you think of the results on the review mechanism?

My delegation is very proud of the COSP decision to move forward with the Second Cycle of the Review Mechanism. We mobilized 177 States Parties to agree unanimously to continue evaluating each other on their anti-corruption performance for the next five years – this is a major accomplishment. And it is important to note that we did so while making some targeted improvements to the operations of the UNCAC’s working groups, which included avoiding significant growth in the cost of the Mechanism. This will help make it possible for governments to favorably consider repeating the Review Mechanism in the future after it finishes reviewing all States Parties on the entire treaty.

We had a substantial debate over this issue. We focused on how governments work across borders to trace, freeze, confiscate, and dispose of proceeds of corruption that are stowed abroad. The United States and Nigeria each offered a resolution on the topic. After lots of negotiation and discussion we agreed that the best way to make progress on this topic was to adopt both drafts. This also reflects the significant interest in asset recovery on the part of financial centers in developed and developing countries and it is only natural that they approach the issue from different perspectives. This conversation will deepen in the coming years given that asset recovery will be a core focus of the Review Mechanism over the next five years.

What are the issues regarding civil society participation in UNCAC review processes (including international) and how can these potentially be solved?

While I can’t speak for other governments, I believe some countries may be not be comfortable with receiving public criticism in the United Nations on their performance with regard to anti-corruption. Others simply don’t believe that NGOs have substantive expertise in the criminal justice field, which of course they do. Ultimately, the presumption of States Parties should be that we need all potential knowledge at the table to combat corruption, and that we cannot assume governments have all the answers. In order to truly implement the UNCAC effectively, we will need to find ways to reduce fear and misinformation and to create more opportunities for anti-corruption authorities to learn more about the not insignificant knowledge and expertise that resides in civil society. As I noted earlier, the U.S. delegation proposed in St. Petersburg that we keep this topic on the plenary agenda for future COSP meetings – but there are also other creative ways we can achieve the goal of dialogue and confidence-building in the years ahead. For example, we could replicate the practice of holding NGO briefings not only on the margins of the Implementation Review Group, but also for the other working groups on prevention, asset recovery, and international cooperation. Alternatively, we could include NGO, private sector, and academic experts as panelists in working group agenda items where they have relevant expertise. We are very open to creative solutions, and we hope other governments will support us in finding a way to make continued progress in this area.

What is the US position on the UNCAC Review Transparency Pledge proposed by the UNCAC Coalition?

The United States is pleased to endorse the UNCAC Coalition’s Transparency Pledge, which will help us ensure that we not only verbally support the role of NGOs in anti-corruption, but that we also back this rhetoric up with action during our next UNCAC peer review. We hope other governments will take this pledge with us; in fact, I understand that over 80 percent of States Parties included some form of civil society input and dialogue during their first cycle review in 2011-2015, so this pledge would be a natural next step for all of us. We have nothing to fear about publicly discussing our peer review results, and we hope that as a result of seeking civil society input, we can also learn something during the next round of evaluations on asset recovery and prevention.