Home > News > The connection between corruption and shrinking civic space 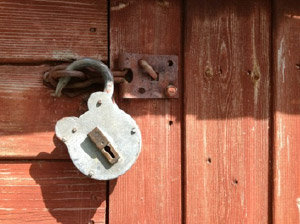 Citizens everywhere are finding it more and more difficult to have their voices heard. All over the globe, peaceful protestors are brutally attacked, investigative journalists are threatened and organisations promoting rights are raided or shut down.

While many activists are attacked because they fight to defend the rights of minorities or oppose brutal dictatorships, a growing number are targeted because they seek to expose corrupt politicians and officials who abuse positions of power for personal gain.

Much like corruption, civic space violations are now perpetrated in all parts of the world – rich and poor, democratic and authoritarian alike. The situation is so bad that in 2014 alone civic space was seriously violated in almost a half of the world’s 193 countries.

Former UN Secretary General Kofi Annan reminds us in his foreword to the United Nations Convention Against Corruption (UNCAC) that corruption doesn’t just impoverish society; it also “undermines democracy and…leads to violations of human rights.” In Article 13, the UNCAC requires governments to take “appropriate measures” to involve civil society in fighting corruption, ensuring citizens have access to information and people have the freedom to share information concerning corruption.

All too often, however, governments prefer confrontation to cooperation. Instead of dealing with civil society as equal partners and working to address the rights violations they unearth, many states choose to implement restrictive laws on foreign funding, vilify civil society in the media and imprison their harshest critics. Meanwhile, government officials continue to benefit from inadequate financial management controls and weak public accountability. This results in theft of public resources including illicit financial flows to rich countries from some of the world’s poorest countries.

Although the situation is slowly improving, civil society organisations continue to struggle to effectively monitor financial relationships between governments, banks and the private sector that operate as the veins of an internationalised system of corruption. However, civil society organisations increasingly expose corrupt arrangements, governments are reacting by escalating civic space violations.

On the face of it, targeted attacks on civil society may be aimed at silencing critical voices, but in many instances repression is also designed to keep a lid on cases of corruption and to maintain networks of patronage. CIVICUS’s recently published State of Civil Society Report 2015 reveals that anger at corruption has motivated numerous citizen movements over the last year, and governments have responded by closing civic space. In Brazil and Mexico, corruption scandals fuelled public anger that led to large-scale protest movements. Frustration at pervasive government corruption also lay at the heart of citizen movements in Azerbaijan, Cambodia and Turkey.

Requiring our leaders to breathe life into Article 13 of the UNCAC would be a good way to start.