Home > Blog > Tax Havens: Silently Sabotaging the UNCAC and the Stability of Societies 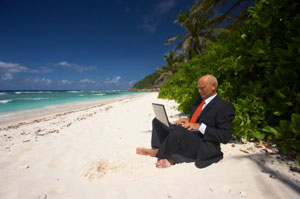 Tax havens have become the most destructive financial force in history, quietly robbing vast sums from municipalities, small businesses and ordinary taxpayers. US Senator Carl Levin says that tax havens are “engaging in economic warfare against the United States and honest, hard-working Americans.” But it is not just Americans who are victimized by tax havens; it is 99% of citizens in most countries around the world.

This economic warfare strikes at the heart of the United Nations Convention against Corruption (UNCAC). The bedrock purpose of the UNCAC is “to promote and strengthen measures to prevent and combat corruption” (Art. 1(a)), and the fundamental concern that has prompted 165 countries and organizations to ratify the UNCAC is “the seriousness of problems and threats posed by corruption to the stability and security of societies.” (Preamble). Yet Tax Havens grow stronger every year, all while serving as the chief ally for corrupt officials, drug lords and tax evaders hiding their loot from law enforcement.

For decades, law enforcement officers have pleaded for legislation against tax havens, but the havens and their wealthy beneficiaries have fought them off. Last Spring, Robert Morgenthau, the legendary former Manhattan District Attorney, complained in the New York Times that, “secrecy laws in these tax havens are at the root of serious crimes: fraud, money laundering and international terrorism. Follow the trail of nearly any major financial scandal and you will enter one or more of these notorious jurisdictions.” Similar findings were made by the UNODC in its 1998 report, “Financial Havens, Banking Secrecy and Money-Laundering.”

Tax Havens abetted the theft of $5 billion from Nigeria by Abacha; the swindling of billions from retirees by Ponzi scammers Bernie Madoff and Robert Stanford; massive bankruptcies of companies like Enron and Parmalat; and the Bank of Credit and Commerce International (BCCI) scandal with its connections to the Medellin Cartel and the notorious assassin Abu Nidal.

The amount stashed in offshore accounts is staggering, between $5 trillion (Internal Revenue Service webpage) to $32 trillion (Tax Justice Network). In comparison, the deposits of all the banks in the United States total $10 trillion. The Cayman Islands alone (population 55,000) has $1.9 trillion on deposit, three times as much as all the banks in Manhattan.

Why has all this money landed offshore? One answer can be found in Switzerland. After a 2009 tax fraud settlement between the U.S. and Swiss bank UBS, 33,000 U.S. citizens voluntarily disclosed their offshore accounts and paid $5 billion to the IRS.

A second answer is “transfer pricing” and “false invoicing.” Multinationals adjust their books to shift profits offshore where taxes are low, and count costs onshore where they become deductions against tax. Last Spring, the US Securities and Exchange Commission asked Pfizer, Inc., the world’s largest pharmaceutical company, how it could reconcile an overseas earnings figure of $15 billion on revenues of $26.9 billion with a loss of $2.2 billion in the U.S. on revenues of $40.5 billion. Pfizer replied that further information about its earnings would not add value for investors. And that was it; the SEC had no further comments.

No wonder small businesses are being crushed and cannot produce the new jobs the world needs. When Wall Street arranges for big corporations to avoid taxes by registering in the Cayman Islands, who picks up the deficiency to maintain roads and bridges, pay for police and fire protection, and educate our children? The answer is the main street businesses and “99 percenters” who don’t have tax haven accounts. If their contributions are insufficient, the community goes without.

American revenues lost to tax havens are estimated at $100 billion, a gigantic transfer of wealth from ordinary taxpayers to rich people and a nifty competitive advantage for big corporations. Along with the growth of Tax Havens over the last 50 years, income inequality has grown dramatically, reducing social cohesion, increasing social unrest, and thereby weakening society as a whole.

Thirty years ago, Mexico’s President José Lopez Portillo railed against “a group of Mexicans… led and advised and supported by the private banks that have taken more money out of the country than the empires that exploited us since the beginning of time.” Now capital flight threatens the entire global economy. Last year, former Greek Prime Minister George Papandreou declared that his country might have avoided a bailout if it had not been robbed of funds funneled into tax havens.

There are promising signs that pressure from the press may change the situation. For example, growing fury in the UK over miniscule tax payments made by corporate giants Starbucks, Google and Amazon has caused the Chancellor of the Exchequer to promise to use Britain’s imminent chairmanship of the G8 to wage war on tax havens. Unfortunately, the US and the UK are two of the biggest tax havens on the planet, and the Chancellor will need lots of help to succeed.

Jack D. Smith teaches “International Money Laundering, Corruption and Terrorism” at the George Washington University Law School and served as the chief of litigation for the US Federal Deposit Insurance Corporation, 1991-2006.