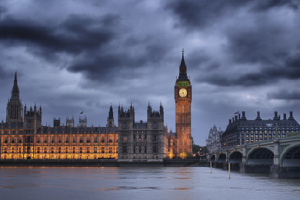 Recent events in Ukraine have shone a light on the quantity of Ukrainian and Russian money invested in the UK. Coming hard on the Arab Spring, this has raised many interesting questions: how much is of corrupt origin, what checks were made and who should be responsible for ensuring the UK does not become a safe haven for the world’s corrupt elite?

Money laundering of the proceeds of grand corruption is not unique to the UK: other global financial centres are both vulnerable and attractive to the corrupt. This is precisely why UNCAC seeks to create a joint responsibility for corruption between countries of origin and those that are the destination for corrupt funds. However, the UK has particular attractions as a leading global financial and luxury goods centre with strong property rights and opportunities for ‘privacy’. This is compounded by the close relationships between the UK and its Crown Dependencies and Overseas Territories, some of which have features that might seem positively to encourage corrupt transactions.

If you are laundering corrupt money through London, the chances of being detected or punished are very low. The UK’s performance in freezing, seizing and recovering those assets, while relatively strong compared to other countries, is undeniably limited compared to the scale of the threat. The National Crime Agency estimates that around £100bn could be laundered through the UK each year. Typical detection rates of money laundering around the world by law enforcement agencies are believed by the UN to be in the region of 1 per cent; seizure rates are much lower.

At present, it is questionable whether the UK’s asset recovery regime is fit for purpose. Under current UK legal powers, there is limited prospect of restraining suspicious transactions, unless there is already a pre-existing conviction against the individual. This reliance on achieving a conviction in the country from which the money was stolen is a fundamental flaw. As a result, huge amounts of unexplained suspicious wealth enters the UK each year, to be invested in the financial system, property, luxury goods or other areas of the economy.

A potential solution to this would be for the UK to introduce the kind of Illicit Enrichment Law envisaged in UNCAC, although the arguments against reversing the burden of proof in criminal law mean that it is unlikely to be introduced any time soon. An alternative measure might be to give law enforcement agencies the power under civil law to serve an Unexplained Wealth Order (UWO) on suspects of grand corruption, provided there was enough initial suspicion of criminality.

Suspects issued with a UWO would be required to explain legitimate and legal sources of wealth for suspicious UK assets or transactions, Failure to respond to a UWO, or an inadequate response, together with the initial grounds for suspicion, could then be used to facilitate a civil recovery process against the asset.

Might this type of instrument work? We must hope so. Like most financial centres, the UK’s record in this area is unimpressive. New approaches need to be considered, in the UK and elsewhere.

A representative of TI-UK participated in a panel discussion organised by the UNCAC Coalition on Tackling Money Laundering during the 4th UNCAC IRG Briefing for NGOs on 4 June 2015 in Vienna, Austria. The full agenda, statements, and presentations can be found on the 6th IRG page.