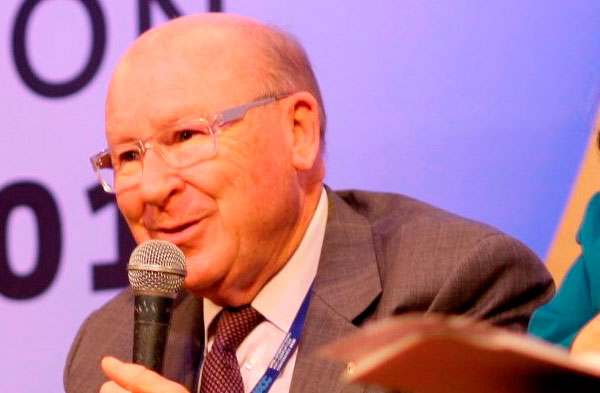 The International Anti-Corruption Conference team and Transparency International are deeply saddened to learn of the passing of Barry O’Keefe, a lifelong corruption fighter and Chair of the IACC Council.

As Chair of the IACC Council for thirteen years, Barry O’Keefe guided the anti-corruption movement through four successful International Conferences in Seoul, Athens, Bangkok and Brazil. His leadership and tireless commitment to this biennial meeting of corruption fighters, and to the movement as a whole, were an inspiration to all who worked with him.

“Throughout his long and distinguished career, Barry dedicated himself to the law as a means to fight for transparency and justice. He worked for a world in which corruption is anathema,” said Akere Muna, Vice Chair both of Transparency International and the IACC Council.

In his own words, Barry O’Keefe fought for change that is permanent and irreversible, change that pervades the whole of the social fabric from the bottom to the very top, so that corruption and the violation of human rights and dignity are socially and politically unacceptable.

Remembered and valued for his humor, loyalty, and passion, Barry O’Keefe will be greatly missed by Transparency International, the IACC team and the global anti-corruption movement. His presence will be especially missed at this year’s 16th International Anti-Corruption Conference in Tunis.

Our thoughts are with his wife Janette, his children Philip, Vanessa, Roger, Andrew and Sophie, and his family and friends.