Home > Blog > Power to the People: Parliamentarians, Citizens and Anti-Corruption

GOPAC Session at the IACC

“When political corruption rises to the level that it persistently undermines fundamental human rights, it should be treated as a Crime Against Humanity,” said Mr. Akaash Maharaj, COO of the Global Organization of Parliamentarians Against Corruption (GOPAC) at the International Anti-Corruption Conference (IACC) in Brasilia, Brazil in November. The IACC is the world premier forum on anti-corruption and over a thousand anti-corruption crusaders were welcomed to this year’s conference. Mr. Maharaj’s was but one of the many GOPAC voices heard throughout the event. It was the first time in the history of the IACC that GOPAC members participated as a formal delegation of parliamentarians, but it most certainly will not be the last. 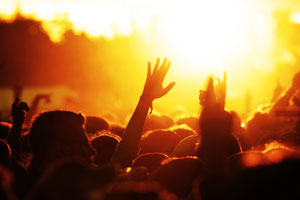 The GOPAC delegation had a vital and cohesive message to deliver: parliamentarians must enhance the participation of citizens in the fight against corruption. GOPAC Chair, Dr. Naser Al Sane, underscored this message during a UNDP panel on corruption and transformations in the Arab Region stating that Arab parliamentarians are now realizing the impact that citizens can have on instituting change.

At the GOPAC sponsored panel, Fernanda Borges, Chair of GOPAC Timor Leste, asserted that a holistic approach is necessary to move any national anti-corruption agenda forward. “Engaging civil society, youth, women, academics and the media to act as a dynamic and highly effective anti-corruption network is essential to continuously push the frontiers of cultural and institutional barriers and human resistance to change.” To date, the anti-corruption network in Timor Leste is still in its infancy; however, it has:

GOPAC’s Chair from Pakistan, the Honourable Donya Aziz, also spoke on the World Bank panel on how to increase the effectiveness of anti-corruption commissions. She highlighted the role commissions play in providing an avenue for investigating complaints, and stressed the importance of ensuring that such commissions are both independent and empowered in order to maintain public trust. Hon Cornelius Mweetwa, Chair of GOPAC’s Zambian Chapter, shared an example of how Zambian members managed to increase public confidence through a televised swearing-in session which included adoption of a formal code of conduct.

GOPAC is actively working to connect parliamentarians with civil society agents of change. We are strengthening our Participation of Society Global Task Force (GTF-PoS), expanding our partnerships with civil society organizations such as the UNCAC Coalition and Transparency International as well as promoting Article 13 of the UNCAC that recognizes the essential role of parliamentarians in increasing public demand for corruption prevention.

GOPAC is a worldwide alliance of parliamentarians working together to combat corruption, strengthen good government, and uphold the rule of law. With 51 national chapters across the globe, GOPAC supports its parliamentarians’ efforts through original research, global anticorruption capacity building, and international peer support.