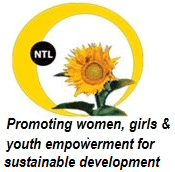 NTL builds the capacity of women, girls and youths, to be able to claim and exercise their rights. NTL builds the capacity and skills of young people to be able to hold the government and those in authority accountable and ensure transparency and accountability in all projects and issues affecting them. NTL partners with the Malawi Police Service and courts of law to ensure the rights of children are protected and perpetrators of violence are taken through the justice system without favour or corruption. NTL ensures that beneficiaries are able to prevent, detect and report all cases of corruption at all levels and take part in sensitising fellow communities on issues of corruption.

NTL acquired more knowledge on how to prevent, report and deal with corruption cases through government engagement during the 8 – 11 May 2018 multi-stakeholder workshop on the UNCAC review mechanism in Saly, Senegal. NTL is working closely with stakeholders in the fight against corruption. The organization is closely following up on activities happening nationally and internationally to do with fight against corruption and take active role in advocacy.

NTL is engaging the media so that the message against corruption reaches out to all citizens. At the community level, more sensitization meetings are being conducted with local leaders, politicians and decision-makers, so that they detect, prevent and report any issues of corruption and be part of the anti-corruption advocacy team. NTL is also working in partnership with other CSO working on the implementation of the UNCAC to advocate for the government’s full implementation of the UNCAC at all levels.

The government, through the anti-corruption body (ACB), works with NTL as partners in spreading the anti-corruption message, using both electronic and print media. In partnership with other CSOs, NTL fights for the independence of the ACB to ensure its maximum effectiveness in the fight against corruption. NTL also lobbies for moving powers from the executive arm of government to the legislature, including the appointment of the head of the ACB, which would help strengthen the body’s independence.

NTL works with the government in formulating its strategies to ensure that the voice of the public, including those from the rural areas of Malawi, is included for checks and balances. The government is commended for instituting the National Anti-Corruption Strategy, which earmarks the establishment of the National Integrity System (NIS), which highlights CSOs’ engagement as one of eight identified pillars.

CSOs, including NTL, have also been instrumental in exposing and reporting issues of corruption as whistle-blowers. They have held government accountable and exposed corrupt practices. In response, the Malawi Government has been increasingly open to contact and dialogue with the CSOs and that information is accessible. The enactment of the Access to Information Act in 2017 is one indication that of the government’s willingness to be more transparent.

Anti-Corruption events in your region

NTL will participate in the United Nations International Anti-Corruption Day held on December 9th each year and will have a commemoration at local level in one of NTL’s impact districts to promote the participation of local people.

Attended from 8–11 May 2018, the multi-stakeholder workshop on the UNCAC review mechanism and its implementation by UNODC in Saly, Senegal.