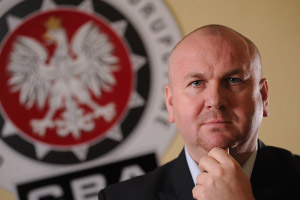 What do you think about the results of the first evaluation of the United Nations Convention against Corruption (UNCAC) implementation in Poland? Do they have impact on our political reality and do they translate into some specific decisions? Will there be any effects of the evaluation in the foreseeable future?

It is a complex question. We fully agree with some positive aspects of the evaluation. For example, that we have a legal infrastructure or some organisational solutions, such as the Central Anti-corruption Bureau headed by me. These are the effects of the implementation of the Convention.

We also try to see the challenges posed by our work and by the UNCAC evaluation, and in this respect some of our observations are in line also with some critical remarks contained in the evaluation. For instance, we can indicate the lack of or insufficient legal regulations concerning the responsibility of companies or other collective entities for corruption, or the need to secure appropriate resources for anti-corruption services and anti-corruption activities.

In response to the evaluation, we try, for example, to encourage prosecutor offices to use in practice the regulations concerning legal liability of collective entities. In Poland, this is the task of prosecutor offices, but we, the Bureau, have found out in our work, based on our experiences in several corruption cases, that in Poland we lack solutions, such as the Foreign Corruption Practices Act in the United States, that would allow us to effectively prosecute dishonest companies. The example shows that the UNCAC evaluation is not purely theoretical, separated from our reality, but has also some practical implications.

Another example is the conclusion from the evaluation of UNCAC implementation that the Central Anti-corruption Bureau, a special anti-corruption body created with reference to the Convention regulations, has insufficient financial resources for its activities. This is another specific conclusion of the UNCAC evaluation.

Do you have any expectations related to the Conference of States Parties (COSP) in St Petersburg; is there anything specific to anti-corruption policy in Poland that should be highlighted during the conference?

We want to be active. As for my expectations, I have a lot of them. Those periodic conferences, gathering almost 180 countries, form a natural platform to discuss actual problems in international cooperation. And for us, it is especially important in recent times. For example, more and more often tender procedures initiated by Polish public institutions are decided not in Poland, but somewhere far away on golf courses. We discuss those problems domestically. Our annual conference, scheduled for 9 December 2015, will be dedicated to international cooperation in fighting corruption. The European anti-corruption elite will take part in this event. Cooperation between states is one of the cheapest and most effective tools to prevent and fight corruption.

You are the head of the Polish delegation for the COSP. Will Poland present some specific statement during the Conference?

We don’t know it yet. But we have already presented our own solutions in the past. At the previous COSP in Panama in 2013, we presented to the General Assembly the so-called anti-corruption shield, a set of solutions to counteract corruption in public procurement, or tools to analyse corruption risks, and our proposals were quite popular, we had a lot of questions from interested persons. Thus, we may decide to have a similar presentation in St Petersburg. We will think about it, we will discuss the matter with the organisers. It may sound immodest, but we have the impression that we are a kind of leader in the region of Central and Eastern Europe. More and more often we play the role of experts and advisers in the region, and we are glad of it.

What can you say about the Transparency Pledge proposed by non-governmental organisations gathered in the UNCAC Coalition?

And do you think that the Polish government could study the Pledge and take an official stance?

I think so, but I am not in a position to make any commitments for the Polish government, because I am not a member of the government. But I can see no risks in the possible acceptance of such a declaration by the new government that will be formed in mid-November this year. If something can be done without effort and can enhance the effectiveness of our fight with corruption, and in general the effectiveness of UNCAC implementation, it should be done.

Organisations should talk more loudly and propagate more broadly all anti-corruption solutions. I haven’t mentioned a weakness, which as I remember was indicated in the evaluation of the UNCAC implementation prepared by the Stefan Batory Foundation, i.e. the lack of appropriate protection for whistleblowers.

I think that in the field of supporting standards, talking about good solutions, talking about corruption, talking about monitoring – in all those areas the participation of non-governmental organisations is needed. I am glad of synergies and exchanges of information with organisations. I also feel that as a result of it we perform better as a public institution (laugh).

Would you like to add something more, something that you see as important in the context of the COSP and the issues we have discussed?