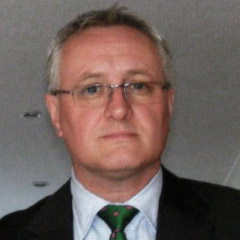 What is the role of the City of London Police (CoLP) regarding corruption and laundering of proceeds of corruption?

Until 29 May 2015, the CoLP had responsibility for investigating all international bribery and corruption offences committed by UK nationals and companies abroad – focusing specifically on countries that received international foreign aid from DFID (UK Department for International Development).

It also investigated any foreign national or company who committed offences against the Bribery Act of 2010, which had a nexus to the UK. Investigations were conducted by the Overseas Anti-Corruption Unit (OACU), which was wholly funded by DFID along with the Metropolitan Police Proceeds of Crime Act (POCA) Unit), whose responsibility is to look at PEPs.

The National Crime Agency (NCA) has now taken on these responsibilities, but the OACU will continue to be funded to deal with all existing investigations and to assist the NCA investigators in the early stages of transition with their new investigations.

What is the aim of the European Cross-Border Bribery Task Force and which organisations are involved?

The European Cross Border Bribery Taskforce (ECBT) is an EU-funded project designed to bring together European law enforcement agencies with remits to investigate and prosecute cross-border bribery and corruption.

The City of London Police is leading the project, working with partners from Denmark, France and Slovenia to bring together their expertise in tackling cross-border bribery and corruption. The aim is for all member states, as well as other interested states outside of the EU, to join the task force and work together in the fight against corruption. The main objectives of the ECBT are to:

Is the level of international cooperation in enforcement against cross-border bribery adequate? Increasing?

In my experience international cooperation is increasing and will continue to increase. The OACU and indeed the Economic Crime Directorate of the City of London Police have always sought to work closely with international colleagues. As economic crime is not restricted by borders criminals will often seek to use many different jurisdictions to hide or disguise their criminality. Therefore it has always been a priority for UK law enforcement to reach out to the relevant jurisdictions in order to investigate and convict individuals or organisations involved in criminality.

Through this cooperation we are able to share information and intelligence that enables each jurisdiction to deal efficiently with any matters crossing their borders. As such, the OACU have had several joint investigations with colleagues within Europe. This is facilitated through Europol, which allows European law enforcement to meet and discuss investigations with a view to setting up joint investigation teams. The advantage of these teams is the free flow of material, both intelligence and evidence, without the need for Letters of Request. This makes a huge difference to investigations, and without this cooperation many investigations could fail or at best would be substantially delayed.

The challenge for the future will be trying to get that same level of cooperation in some of the more difficult regions of the world, where bribery and corruption are more deeply rooted. This is where the work of civil society groups is so important as they continue to expose and highlight corruption to the world. This, combined with foreign aid and training within those countries, will eventually pay dividends, but the world’s expectations will have to be managed, as it will not be a quick or painless process. It is absolutely vital therefore that the rest of the world tackles corruption at home. By doing so they will eventually stop companies being prepared to take the risk, and therefore restrict the opportunities in the country of receiving any money.

What are your views on public registers of beneficial ownership? Would this help your work? If so, how?

This is an excellent idea and has been lobbied for by law enforcement for some time. Clearly not being able to trace the real owner of a company is open to abuse, not only for bribery and corruption but also for other fraud offences. The idea that in this global market individuals can hide behind companies is no longer acceptable. This will obviously make the work of law enforcement that little bit easier at least within the UK and will provide a further hurdle for the criminal elements within business to jump over.

How can people in companies engaging in cross-border bribery be moved away from regarding it as a necessary part of doing business?

In these times of global recession, the pressure is even greater on companies and individuals to perform and deliver, which if internal governance procedures are weak or non-existent will bring risks.

Companies and individuals involved in corruption need to be reminded of the consequences of their actions if they become involved in bribery and what the long-term effects could be if they are caught. We need to bring to life the personal ramifications of non-compliance and law breaking, which will affect them and the people closest to them.

I suspect that too many people involved in bribery do not believe that they are breaking the law; they see it as something you have to do in certain regions in order to win or keep the business. I’m not convinced that people involved in this type of offence ever think of the potential victims in the country. If they do think of them, they would be able to rationalise it to themselves by thinking that they are merely providing a product or service that is required – indeed they might even provide the best. Therefore it is extremely important that we:

How would you describe the current level of foreign bribery originating in the UK?

That is very difficult to assess as we only see what comes over our desk for investigation. The very secretive nature of the offence makes it very difficult to penetrate. However, the government has just published a report on this issue, Insight into awareness and impact of the Bribery Act 2010: Among small and medium sized enterprises (SMEs). For the purpose of this report, an SME was a business with fewer than 250 employees and exporting goods and/or services, or considering doing do in the next five years.

It found that only four out of 10 SMEs surveyed said they had put anti-bribery procedures in place and only a third had apparently risk-assessed the likelihood of being asked for bribes. Of those aware of the Bribery Act, 75 per cent had not heard of the Ministry of Justice Guidance. Therefore the conclusion can rightly be made that there is still a lot of work to be done around engagement and education at least within the SMEs.

How do you see the global trend in foreign bribery enforcement?

The OACU has done a great deal of work over the years through the initiatives of ECBT and the International Foreign Bribery Taskforce (IFBT), both of which are designed to strengthen and consolidate existing cooperation between the members in relation to foreign bribery, as well as to further develop information sharing and engagement with other relevant bodies.

In 2014, the government ordered a review of the UK Anti-corruption Plan, and one of the key actions was that the NCA would form a new central bribery and corruption unit by bringing together resources from the NCA and the DFID-funded units (Metropolitan Police PEPs Unit and the City of London Police, OACU). In May 2015, the NCA took over that responsibility, and the new unit is called the International Corruption Unit (ICU). It will also establish a national multi-agency intelligence team focusing on serious domestic and international bribery and corruption.

Therefore, I see the UK’s approach being even more coordinated with the formation of the ICU, which should make it easier for international law enforcement in terms of engagement and liaison. It should also be easier to form a greater understanding of the problem within the UK through intelligence and reporting. This in turn will make it more efficient to identify sectors or companies that need to be targeted either through engagement, education, or by enforcement.

High profile news reports such as bribery and corruption within FIFA have brought the whole subject back into the limelight. Although there had been many rumours around FIFA over the years no one had tackled the issues until the recent FBI action. This highlights the continuing change in attitudes towards these types of offence and the willingness of law enforcement globally to tackle these crimes in a cross-border manner, utilising the resources and cooperation of local law enforcement.

So my message to those involved in these types of offences or unaware of the changes in legislation is simple; don’t wait for a whistleblower to expose lack of procedures or checks and balances within your company or for police to conduct a dawn raid on your premises for. Instead companies should take the lead and: