Home > Blog > Interview with Angelica Maytin Justiniani, Director General of the National Authority on Transparency and Access to Information (Panama) 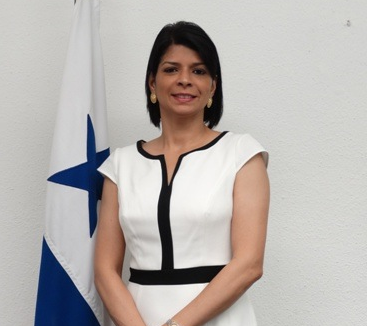 What was your role during the IRG session in June 2015?

My role at the past IRG session in Vienna was to chair the meetings because of my position as President of the Conference of the States Parties. The Republic of Panama was elected President of the Fifth Session of the Conference of the States Parties to the United Nations Convention against Corruption, which was held in Panama from 25 to 29 November 2013. Besides chairing the IRG session, we took the opportunity to provide information about our follow-up to the recommendations in the Panama country review report, and our administration’s implementation.

Panama’s report to the IRG on its follow-up can be viewed at: http://www.antai.gob.pa/publicaciones/transparencia/Informe%20Vienna.pdf

What are your first impressions from this year’s IRG?

I consider the IRG to be developing into a strong body. The thematic reports, self-assessment evaluations, cooperation, and identification of technical assistance needs are very helpful to many countries in their efforts to implement the convention and to adopt or modify legal anti-corruption provisions.  This year´s IRG proved that the implementation review process works and, as proof, more countries have joined the anti-corruption convention making a total of 175 nations. Moreover, many countries expressed the opinion that because of the self-assessment process, their countries adopted new legislation on anti-corruption matters.

There are many issues still to be discussed such as the right time to begin the second review cycle and what adjustments to make to the self-assessment checklist for the second cycle; as well as when to close the first cycle including how to address the long delays in some first cycle reviews and how to handle the few cases of States Parties that did not respond to communications from the Secretariat.

What were the main challenges?

One challenge was the issue of promoting the broad participation of civil society in the review process as well as to grant them observer status in the UNCAC working groups. Also, during the session, many States identified problems of interpretation of provisions of the Convention  which led to the formulation of a variety of recommendations in the UNCAC reviews.

What are your expectations for the second round of UNCAC reviews?

I expect that a follow-up mechanism for country reviews can be established and can really implement what’s necessary with respect to the outcome of the country reviews.

In the second round, countries can benefit from the self-assessment process, which can provide an accurate assessment of the status of implementation and provide national efforts to implement the convention and perhaps adoption of new anti-corruption legislation.

We consider that the second round of reviews will produce better thematic reports because of the experiences and lessons learned from the first cycle over the past 5 years.  Even though the first cycle has not ended, the IRG has had the opportunity to analyze the many reports available at all IRG meetings.  This led to a better overview in order to identify challenges and good practices and to consider technical assistance requirements to ensure effective implementation of the Convention.

Issues such as ensuring the consistency of the country reviews and assistance to governmental experts in drafting review reports should contribute considerably to the second round of UNCAC reviews.

What are your expectations for the COSP in St. Petersburg?

The issue of promoting participation of civil society in the review process and working groups can be included in the agenda of the COSP6 and be widely discussed.

Follow up on the following Resolutions should be taken into consideration:

Furthermore, the Conference of the States Parties should decide when the first cycle of reviews will finish and the second begin. The Conference should also decide what to do concerning those few cases of States parties that did not respond to communications from the Secretariat as well as adjustments to the self-assessment checklist for the consideration of the second cycle.