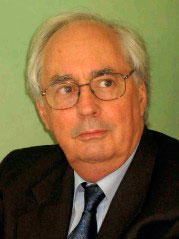 Sadness and pain marks this moment in which we are forced by fate to say good-bye to a beloved friend – a contagiously enthusiastic and inspiring soul of the anti-corruption movement — our dear Jeremy Pope. Adequate words are hard to come by. And yet, I am writing these lines with joy and gratitude for having had the privilege to know and work with this extra-ordinary, visionary, passionate, humorous and, above all, deeply human man. Jeremy, the first Managing Director of TI, with his infinite talents and intellectual leadership shaped a great part of the early conceptual and practical approaches of the global anti-corruption movement. He will always be remembered for the TI Source Book, his amazing capacity to build consensus on and craft the concluding declarations of the International Anti-Corruption Conferences in Peru, Durban, Prague and Seoul (Jeremy, we will think of you this year in Brasilia!), and his leadership in developing the Bangalore principles for judicial integrity, to name but a few of the remarkable landmarks he built. As Gillian Dell wrote recently, Jeremy “developed TI’s positions and led our advocacy, combining knowledge, political savvy and charm in a way that made him enormously persuasive”. What only few will know is that at the same time that Jeremy was negotiating with high-level political figures new ways of addressing injustice and giving voice to the unheard, he could also be found, in the early days of TI with only a handful of staff, in the kitchen making photocopies for strategy meetings. He was not only an inexhaustible source for new ideas and initiatives, but he always had an open ear and good advice to respond to the concerns of those around him. Jeremy has deeply marked my life and professional career, he has inspired and energized so many others around the world, and as he will live on in me, I am sure he will live on in many others. Jeremy you are hugely missed!