Home > Blog > Immunity: Does It Protect the Corrupt?

It is a fundamental principle that all persons are equal before the law. However, immunity or jurisdictional privileges can be used to shield public officials from accountability for corruption by protecting them from legal consequences.

The UN Convention against Corruption (UNCAC) includes a specific provision on immunities and privileges. Article 30 (2) requires States Parties to appropriately balance the immunities enjoyed by their public officials with their ability to investigate and prosecute corruption offences properly.

Yet countries can struggle with this balancing act. In a report from March 2013, the UN Office on Drugs and Crime (UNODC) identified the appropriate balance of immunities and jurisdictional privileges as one of the most common challenges of the convention. 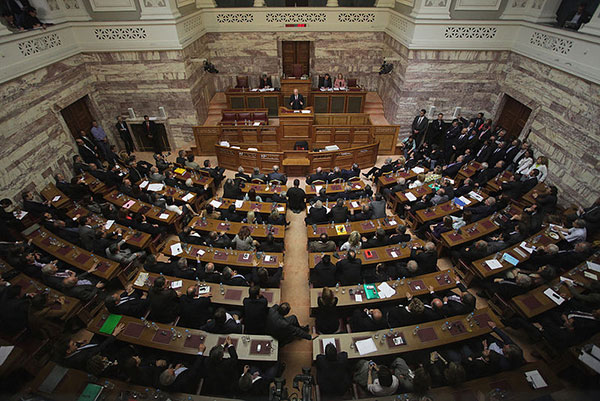 The Senate Chambers of the Greek Parliament/Wikimedia Commons

The Commonwealth Working Group on the Recovery and Repatriation of Assets of Illicit Origin recommended that Heads of State/Government, ministers and other public officials should not have immunity from prosecution for alleged criminal activity. Heads of Government accepted this recommendation for implementation during the 2005 Commonwealth Heads of Government Meeting in Malta. One of the twenty guiding principles adopted by the Council of Europe’s Committee of Ministers aims at limiting immunity from investigation, prosecution or adjudication of corruption offences to the degree necessary in a democratic society.

The upcoming 5th UNCAC Conference of States Parties (COSP) is the right forum to address these difficulties in a resolution. Paragraph 9 of the UNCAC Coalition statement calls on States Parties to ensure that immunities for public officials are strictly limited. It also asks that transparent and effective procedures be put in place for suspending these immunities as well as ensuring they are not used to protect individuals from being held accountable for corruption offences. The resolution should also request the UNCAC Implementation Review Group (IRG) to build on the UNODC report and, in consultation with an expert group, to develop standards on this subject for approval at the 6th COSP.

Anne-Claire Blok is a human rights lawyer and a former intern of the Conventions Unit at Transparency International Secretariat.