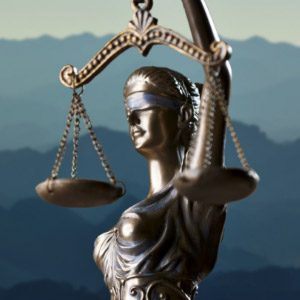 A few months ago, US$1 billion (!) went missing in Moldova. Various key suspects tried to shield themselves from prosecution through immunity as public officials. They are one of many examples of how corrupt public officials all over the world abuse immunities.

Also EU-countries like Germany still grant their parliamentarians unconditional prosecutorial immunity. Without lifting this immunity, a prosecutor cannot investigate a parliamentarian for corruption or other crimes. This concept could not be more out-dated. It stems from the middle ages and was used to protect early “parliaments” from the King’s whim. Is Germany still living in the middle ages? Would Chancellor Angela Merkel arrest members of the opposition faction, if not for their immunities?

Certainly, there are countries such as Uzbekistan where not all parliamentarians might feel safe. However, placing parliamentarians (and other public officials) in an “immunity bubble” is not a smart response. There are better solutions.

For example, in 2012 Albania dared to break free from the endless repetition of copy-pasting the medieval immunity model. The government submitted the following draft proposal for constitutional change to parliament: parliamentarians have per se no immunity; however, parliament could at anytime invoke immunity on its members from arrest, if needed. This could even be done by minority vote, to protect the opposition.

So, instead of parliamentarians walking around in a constant “immunity bubble,” they would get protection only if needed, and only temporarily. This “reverse” model of immunity has been working well in two German regional parliaments. It makes parliamentarians touchable; but still protects the functioning of parliament as an institution.

Unfortunately, this version of reform in Albania never got through parliament. Apparently, the medieval immunities model was too hypnotising to too many stakeholders. Indeed, why would parliamentarians in any country be so “stupid” as to give up the comfort and privilege of being untouchable?

During discussions on immunity reforms, people often refer to Western countries: if a safe country like Germany sees a need to put all its parliamentarians into an “immunity bubble,” why should a country like Albania not do so?

We need more examples like the Netherlands or the United Kingdom, where only the head of state enjoys immunity from prosecution. And we need to be honest about countries still putting parliamentarians, judges and other public officials into an “immunity bubble.” They are not examples of good practice.

Dr. Tilman Hoppe is an anti-corruption expert based in Berlin.