Home > Blog > Going Beyond the Precepts

The East African Bribery Index (EABI) 2012, released by Transparency International in August 2012, shows that corruption continues to be deeply entrenched in East African society. This is despite the East African states signing and ratifying the United Nations Convention against Corruption (UNCAC) which contains valuable provisions for combating corruption, money laundering, embezzlement and illicit enrichment in Africa. 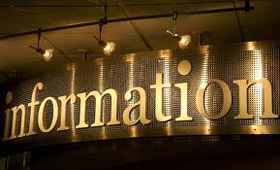 Chapter II of the UNCAC provides that each State Party should establish and promote effective practices aimed at the prevention of corruption. One rationale behind this chapter is that governments which institute effective laws, regulations and institutions making their activities, decision- making procedures and budgets transparent and open to public scrutiny, are less likely to be corrupt. For these preventive measures to be effective, however, they must be implemented by State Parties.

In East Africa, institutional weaknesses have, over the years, resulted in the entrenchment of corruption in state and public institutions. Largely as a result of persistent civil society advocacy, however, some states are now making efforts to reverse institutional decay in their jurisdictions. Since passing its constitution in 2010, Kenya has embarked on a number of institutional reforms aimed at overhauling its legacy of corruption, bad governance and economic mismanagement. Reforms to the judiciary, in particular, have gone a long way to restoring the public’s faith in the judiciary’s ability to deal with graft. Reforms to the police service, consistently identified in the EABI as the most corrupt state institution in Kenya, are also underway. These initial reforms, while encouraging, must represent a foundation for further measures in the country and serve to inspire similar reforms in the region. Otherwise, anti corruption efforts in the states are unlikely to be significantly fruitful.

Access to information is also critical for accountable governance and years of dogged civil society campaigns have finally generated momentum for adoption of freedom of information (FOI) laws in East Africa. Uganda operationalised its FOI law in 2011 and since then, its budget process has become relatively transparent with budget papers accessible to civil society and the public for scrutiny and input. Kenya and Rwanda have also drafted FOI bills which, when passed, will protect and promote access to information in these countries. The Model Access to Information Law being developed by the African Commission on Human and Peoples Rights is also expected to add to the FOI impetus in East Africa. However, certain decision-makers in East Africa are still resisting to Freedom of Information (FOI) laws, despite the states having ratified the UNCAC and African Charter on Human and Peoples’ Rights, the latter of which recognizes access to information as a fundamental right. These people continue to delay and prevent the institution of these laws as well as dilute the provisions of those already passed.

Ratification of the UNCAC is only a preliminary step towards effective governance, democracy and justice in the region. CSOs in the region must continue to push for institutional reforms, promotion of access to information and the implementation of the other UNCAC provisions if states are to make meaningful headway in their anti-graft efforts.

Maureen is a Programme Officer at the Africa Centre for Open Governance (AfriCOG) and the Coalition Regional Coordinator for the Sub-Saharan Africa region.