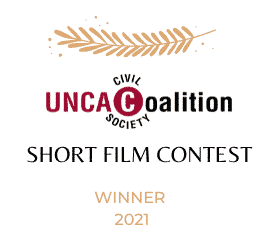 Ahmad Fauzi is an Indonesian Public Interest Lawyer, who has been working for the Indonesian Legal Aid Foundation based in Jakarta, Indonesia  since 2020. He previously worked in KASUM (Committee of Action and Solidarity for Munir) a coalition focused on unveiling the murder of the most prominent Indonesian human rights defender. He continued to work in the human rights field and anti-corruption, as well as legal reform by joining KRHN (the National Consortium for Legal Reform). He was awarded a Munir Said Thalib Scholarship to study law in Indonesia’s Jentera School of Law, where he graduated from. He has been working in videography since 2010, documenting human rights issues in Indonesia.

What inspired you to create the film 18 Plaintiffs?

“18 Plaintiffs” is a story about 18 victims of corruption of government social aid related to Covid-19, which courageously filed a lawsuit against the corruptor. Their story inspired me to document the courageous struggle and I hope that showing this will motivate the general public to take action against corruption.

In filming “18 Plaintiffs”, I experienced the challenge of building trust with interviewees. Somehow, I managed to build their trust by involving myself in their routines, so that they could speak freely and openly about their stories. I even joined them in selling food, and following the motorcycle taxi driver while picking up passengers.