Training the Teachers: Workshops by UNODC and Doha’s Rule of Law & Anti-Corruption Center 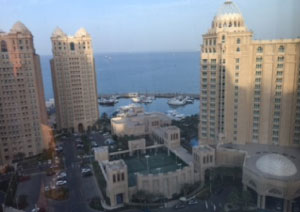 Some of you may want to take note that the first regional meeting of UNODC’s Anti-Corruption Academic Initiative (ACAD) was hosted by the Rule of Law & Anti-Corruption Center (ROLACC) in Doha in late May 2015, following a global Doha workshop in March. This “Training the Teachers” workshop was well attended by professors and academics representing universities from across Southeastern Europe. It is just the first of hopefully more network meetings within and outside the region.

Highly informed and engaged, participants viewed the intensive two-day workshop as timely and productive. Consensus was reached that there was a growing need for a regional network to more fully engage university professors, academics, and students at the national, regional, and global levels on the causes, costs, and solutions to corruption and on its impact on multiple stakeholders and issues. Participants noted that key stakeholders included government institutions, civil society groups and educational institutions. Areas of particular interest included UNCAC issues related to justice, international cooperation, and other transnational issues, such as organized crime and asset recovery.

It was clear that participants at this and previous ACAD “Training the Teacher” workshops are looking for partners, platforms, and networks to join so that they and their students can help lead the anti-corruption battle through more innovative research and knowledge that is evidence-based and historically grounded. Participants also saw a great need for universities to play a more active role in both teaching anti-corruption courses through multidisciplinary and interdisciplinary lenses, so they and students could engage in more informed public and private sector policy dialogue across disciplines and generations.

It strikes me that the academic momentum being created by ACAD’s further development may present a new or expanded opportunity for some in the UNCAC Coalition to reach out, to some new or underutilized partners, including both professors, university leaders, and perhaps most importantly students. At the same time, UNCAC Coalition partners, as well as Transparency’s Academic Research Network (ACRN), have much to offer ACAD’s growing and focused membership on a range of goals and topics of mutual interest.

Other interesting and more specific “needs-based” ideas that now should be fleshed out emerged from the workshop. They included:

Further information or ideas for collaboration?

For further information or to offer-up some partnership ideas for ACAD’s further development please contact Keith Henderson or Maria Adomeit at UNODC/Vienna.

You can also obtain much more information on UNODC’s activities related to the UNCAC, including the names of workshop participants, on Track’s website.