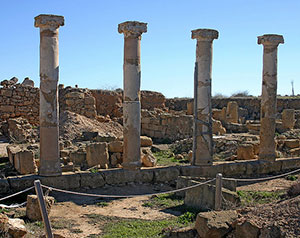 This article explores some of the topics currently being talked about inside and outside crisis-hit Cyprus including money-laundering, political transparency and accountability, extractive industry transparency and the right of access to information.

On Thursday 28 March 2013, the Republic of Cyprus reopened its banks for the first time after almost two weeks of closure. This followed a deal to levy a “haircut” on accounts holding over EUR 100 000 as part of a memorandum with the European Union, the European Central Bank and the International Monetary Fund (the Troika).

The focus of this levy has heightened international interest in the origins of cash flows in and out of Cypriot bank accounts, given that, according to a news report, 40% of those accounts hold over half a million Euros and an unusually disproportionate number allegedly belong to foreign, mostly Russian, depositors.

“We are talking about Russian money laundered through Cyprus. The Russian mafia uses Cyprus extensively”comments Hubert Faustmann, Associate Professor of European Studies at Nicosia University. It seems that Cyprus is not only attractive as a destination for the year-round sun, sea and sand, but as a haven for money laundering as well.

The Cypriot authorities deny the island has been used for money laundering, stating that they have complied fully with international regulations since joining the EU in 2004. They even pointed to a previously-unavailable Moneyval-Deloitte report saying it proved Cyprus wasn’t a haven for money laundering. However, when the report was leaked on 16 May 2013 the true story was laid bare.

While finding no regulatory weaknesses, “both reports suggest that there are substantial shortcomings in the implementation, by banks, of anti-money-laundering [AML] preventive measures.”[1] “The reports’ findings indicate that banks have reported almost no suspicious transactions to the Financial Intelligence Unit, although in a number of cases [29 according to the report] publicly available information pointed to the customers’ criminal background. These findings also highlight the AML supervisory authority’s failure to adequately monitor the implementation by banks of the AML framework”.[2] The Cypriots have given themselves until the end of July to work out ways to deal with the problems highlighted.

So once the dust settles on the Cypriot economic circus of the last few weeks, the scale of the task of UNCAC implementation, implementing the Moneyval-Deloitte report recommendations as well as new and stringent conditions and commitments to tax and banking transparency as promised in the Troika-Cyprus memorandum, will become clear.

The functioning of the public sector has so far attracted little attention with the media fixed on the banking crisis. In Cyprus, the nepotistic ‘you-scratch-my-back-and-I’ll-scratch-yours’ national political and administrative culture is so engrained that it has its own word; “koumbarokratia” meaning something along the lines of “mate-ocracy”.

Allegations have been published recently in local and some international news outlets that bailed-out Cypriot banks wrote off political party loans, and politicians used insider information to transfer money off the island just before the enforcement of capital controls. (The claims include the President’s family.) Cypriot President, Nikos Anastasiadis, has reacted stating he never informed family or contacts about the levy and that a committee will be set up to address all allegations.

And yet, if you thought public officials might act in secret, think again; the Cypriot Attorney-General has openly talked on television about (ab)using his position to suspend prosecution of his son on drink driving charges in a non-roadworthy car.

“So this is not something you handled behind closed doors without the knowledge of your subordinates?” to which the Attorney General replied, “…there was nothing that showed that I tried to hide in this case.”[3]

These stories come at the same time that GRECO has published its compliance report, highlighting the failure of the Cypriot government to fully implement and enforce anti-corruption measures and recommendations such as the transparency and timely publication of political party financing and accounts; surely a further sign that a thorough implementation of the UNCAC is needed. With this in mind, it is important that the UNCAC review in Cyprus pays attention not just to the legal framework, but also to implementation and enforcement.[4]

Cyprus has also sent ripples through the Eastern Mediterranean with the recent discovery of exploitable gas reserves within its maritime borders.

The Cypriot government has already signed private business contracts with extractive industry companies to begin the process of extracting gas from the Aphrodite gas fields. Whilst most countries in the region have agreed maritime borders allowing for exploitation, regional tensions have been stoked between the Republic of Cyprus and Turkey who has become increasingly vocal about its objections to the gas extraction without a solution to the ‘Cyprus Problem’ that would enable the northern part of the island to also receive benefits from it.

Despite this pressure, it would be a step in the right direction if Cyprus were to join the international Extractive Industries Transparency Initiative (EITI), especially in the context of the recent ‘game-changing’ EU deal on oil and mining corruption. EITI would commit Cyprus’ fledgling industry to transparent extractive practices; but it is not yet known whether the government is considering possible membership of the initiative.

Cyprus is the only country in the EU without even a draft access to information law. For anti-corruption and transparency organisations, this is of concern particularly given the topics discussed so far in this article.

A two-year study by Access Info Europe and local civil society organisations published in 2011 on access to information discovered that there was a systemic disregard of the fundamental right to access public information with 75% administrative silence in response to requests. The report also identified very poor levels of proactive publication by public bodies of core information, of financial information, and about public consultations.

Civil society organisations have now begun to address this issue, announcing earlier this year that they will be formulating a proposal for an access to information law that is open to input and comments from the international community. Whilst the proposal outlines measures for proactive publication, it is weakened by the number of exceptions that would limit the right of access to certain types of information.

Economic crisis, political corruption, government secrecy and extractive industries are not topics necessarily associated with opportunities for progress. However, with the spotlight on Cyprus, the UNCAC review process could provide the country with the impetus to ensure proper implementation of its commitments and recommendations that would help the island overcome these issues. This opportunity, with effective support for civil society, could help push Cyprus towards the levels of transparency, anti-corruption and open government expected of an advanced European economy.

Andreas Pavlou is a volunteer at Access-Info Europe. Among other things he is responsible for management of AsktheEU.org and updating the Access Info and FOIAnet websites. He has undertaken research and writing reports and analyses with Access-Info on Aid Transparency, the Open Cyprus Project and AsktheEU.org.