Home > News > Compensation for victims of corruption: Why does it matter? 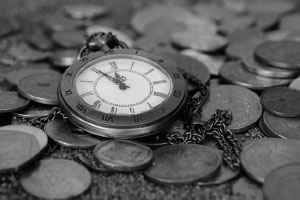 The mantra “corruption is not a victimless crime” is used frequently – by anti-corruption NGOs, government officials and even judges. Yet victims of corruption are rarely represented in court proceedings, rarely consulted about corruption investigations, and rarely compensated. In practice, enforcement action against international corruption is effectively a victim-free zone.

There is no doubt that there is a real difficulty in defining and identifying the real victims of corruption. Victims must prove direct harm in order to have legal standing, but this is often difficult if not impossible to prove. Corruption often damages multiple communities or causes more generalised harm, such as loss of integrity to social institutions or the re-orientation of public budgets towards projects that benefit corrupt officials rather than the public at large. This generalised harm is hard to prove and even harder to quantify. The problem of identifying victims is compounded by the fact that some legal systems will only recognise other states as victims of corruption, while like the US, other states tend to consider the states of victim countries as potential co-conspirators.

Finding ways to ensure victims of corruption are represented in enforcement proceedings and compensated is crucial for several reasons:

The issue of identifying victims and compensation has started to get the international attention it deserves. The Open Society Foundation produced two papers during 2016 on victims of corruption. The first, on legal remedies for victims in the US by Rick Messick looks at the real obstacles facing foreign states in claiming victim status under the US system, as well as private parties such as competitors and shareholders, while arguing that the obstacles are “not insurmountable.” The second, by Nigerian academic Abiola Makinwa makes a powerful argument for the use of sleeping beneficiary clauses in public contracts to ensure that communities that are the primary beneficiaries of such contracts are given standing as victims when corruption occurs in the procurement process.

In August 2016, meanwhile, the UN Office on Drugs and Crime produced a paper on good practices for identifying victims and providing compensation in the context of the UN Convention against Corruption (UNCAC). Several articles in the UNCAC deal with this issue, including articles 32 (inter alia, ensuring victims are represented in criminal proceedings), 53 (b) (ensuring that courts can require offenders to pay compensation to harmed states), and 57 (3c) (prioritising the return of confiscated sums not based on a request from another state party to “prior legitimate owners or compensating the victims of crime”). State party compliance with the last two articles of the UNCAC should be under scrutiny in the second cycle of the review process that began this year. This is an excellent opportunity for reviewing countries to really look at the issue of victims and compensation and how states parties are interpreting their obligations under the UNCAC.

Sue Hawley is Policy Director of Corruption Watch and member of the UNCAC Coalition Coordination Committee.