29 November 2016, by Brigitte Strobel-Shaw, UN Office on Drugs and Crime. 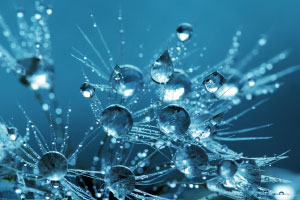 Driven by the desire to bring the full force of international cooperation and partnership down on endemic corruption, the UN Convention against Corruption (UNCAC) is transforming the way the world grapples with this destructive crime.

The UNCAC entered into force in 2005 and was energised by the growing concern among countries that corruption posed a threat to their stability and security and jeopardised the rule of law and sustainable development.

As the world’s first global and legally binding international anti-corruption instrument, the UNCAC contained an idea that would become a game changer for the way countries confront corruption: an implementation or peer review mechanism. The UN Office on Drugs and Crime (UNODC) is the secretariat to both the UNCAC and its Implementation Review Mechanism (IRM).

Five years after the UNCAC entered into force, the IRM entered its first review cycle (2010- 2015) focusing on criminalisation and law enforcement (chapter III) and international cooperation (chapter IV). The second cycle was launched in St Petersburg in late 2015 and the first year of review began in June 2016. It covers preventive measures (chapter II) and asset recovery (chapter V).

Detailed analysis of the IRM shows that it has changed the landscape of anti-corruption efforts by encouraging improved cooperation, interaction with civil society, and a raft of new and amended laws. There is overwhelming agreement that participation in the mechanism has helped to create a global community of practitioners fighting corruption. Eleven years ago, the UNCAC was a solemn statement of intent, but today it is being translated into action across the world, as countries come together to review each other and to improve their actions.

Almost 90 per cent of states have provided information on how the review has had an impact on their legislative reform efforts by outlining the adoption of new laws or the amendment of current laws to bring them into line with the requirements of the Convention, and in almost 80 per cent of states, the IRM helped identify gaps and shortcomings in their frameworks and systems for fighting corruption, thus creating a yardstick against which they can measure progress.

In the second cycle, 180 states parties are to be reviewed alongside those who accede or ratify the Convention at a later stage. A total of 31 countries will be reviewed in the first year.

In many states parties, focal points and governmental reviewing experts are already contributing to the reviews in this first year of the second cycle. UNODC is working hard to support them by offering training across the world on the substance of the reviews and on the review process itself. Every state party involved in the first year of the second cycle has been offered a training opportunity. In several of these sessions, civil society representatives were also invited and trained side-by-side with their governmental counterparts. One of the articles to be reviewed under the IRM concerns the participation of society (article 13) in the prevention of corruption — this underscores a crucial message of the UNCAC; that every part of society has a role to play against corruption and in the promotion of prevention strategies.

The UNCAC and its IRM are now more essential than ever since the adoption of the 2030 Agenda on Sustainable Development and the Sustainable Development Goals (SDGs). Three of the targets under Goal 16 on peaceful and inclusive societies call for a strengthening of the recovery and return of stolen assets, the substantial reduction of corruption and bribery in all their forms, and the development of effective, accountable and transparent institutions at all levels. The work to prevent corruption and illicit financial flows would ensure the sustainability of efforts to achieve the SDGs, whereas the recovered and returned assets could assist and boost such national efforts.

Once viewed as being on the margins of the work to protect and enhance sustainable development, the 2030 Agenda recognises unequivocally the impact that corruption can have on societies. The UNCAC and the IRM are responding to this by promoting greater cooperation at the international level and aligning laws to ensure that anti-corruption efforts deliver viable solutions and offer relief at the grassroots. However, this can only be achieved with the full commitment of all state and non-state actors to the fight against corruption. We hope that this International Anti-Corruption Day will bring us yet again one step closer to reaching our common goal of being “United against Corruption”.

Brigitte Strobel-Shaw is Chief of the Conference Support Section, Corruption and Economic Crime Branch, at the United Nations Office on Drugs and Crime.