Mission: We exist to be a knowledge driven anti-corruption civil society organization.

Vision: A Zimbabwean society free from all forms of corruption and corrupt practices.

TI Z has been conducting UNCAC specific advocacy since 2012. This has involved workshops targeting civil society and state institutions, especially law enforcement and judicial services focusing on the areas identified for reform during the self -assessment phase that Zimbabwe participated in in 2012 -2013. TI Z prepared a shadow report or parallel report which is on the UNODC civil society website. Post this evaluation TI Z has participated in the promotion of shadow reports of the UNCAC Civil Society Coalition at the Vienna Review Meetings. At times because of the lack of seriousness of the Zimbabwean government in implementing and monitoring the UNCAC, TI Z’s national presence though unofficial and peripheral has been crucial as it has often been the only representation for the country. At the national level, TI Z has also been the only institution actively advocating for the domestication of the UNCAC, alignment of domestic laws to the UNCAC and identifying areas of reform in law and statutory institutions to enable the recommendations of the UNCAC to be embraced, adopted and enforced.

Post the self -assessment that revealed a poor culture of implementation, glaring gaps in the law for the criminalization of acts of corruption recognized in international law. TI Z has organized small meetings with the relevant state agencies and big workshops with broad-based stakeholders to discuss these issues on criminalization and poor enforcement of existing laws on corruption. In the past 4 years at least one workshop has been held to discuss critical issues such as asset recovery, civil society participation and inclusion, transparency of the reports and other recurring themes of the first phase of the review. TI Z also proved an invaluable resource for the IODC technical team post the self -assessments as the state did not have much to report in terms of progress made since the assessment. Our consistent participation at both national and international meetings on the UNCAC, in light of state commitments, have made TI Z an invaluable resource for tracking progress on strengthening UNCAC domestication and implementation in Zimbabwe. While the Zimbabwean government has not accepted officially the TI Z shadow report many other stakeholders, including international NGOs like Oxfam and UNDP and funding partners have relied on the report considerably.

If you or someone from your organisation has participated in a workshop on UNCAC and its review mechanism organised by UNODC/ UNCAC Coalition, please indicate who, when and where 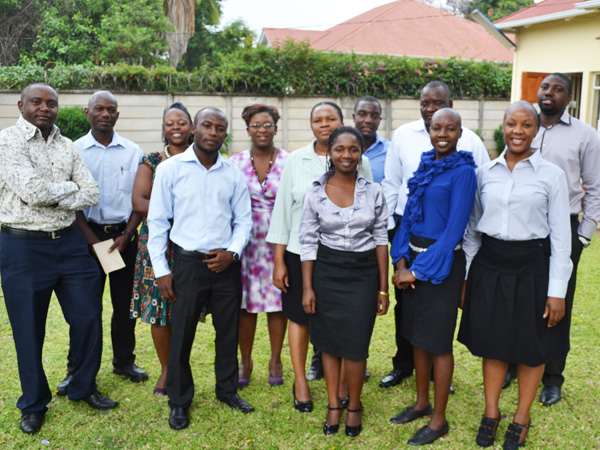 We are a membership based organisation that promotes good governance by fostering a culture of accountability, transparency and integrity through research-based advocacy, public education or awareness, policy advice and monitoring.

How did member get involved in the Coalition?

Through networks fostered by UNODC and the TI Secretariat

The most exciting aspect of UNCAC work is being part of a legal and institutional shift in the fight against corruption.

What, if any, UNCAC-related activities have you been involved in?

Educating various stakeholders on the existence, provisions and necessity of the UNCAC.