Home > News > Addressing impunity for grand corruption: what are the options? 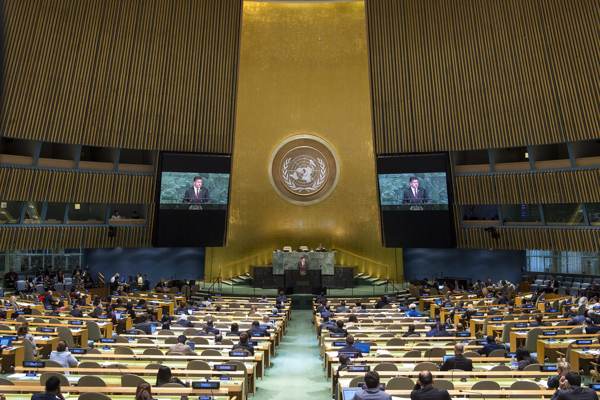 Grand corruption and impunity go hand in hand. Powerful perpetrators involved in massive corruption schemes can too often stymie enforcement against them by interfering with the justice system. Furthermore, investigations are complex and expensive. Grand corruption often crosses borders, involving public and private sector actors in schemes across multiple jurisdictions.

To tackle this “impunity problem”, members of the international anti-corruption community are thinking about reforms to international justice institutions. There is currently a unique opportunity to pursue a “big idea” ahead of the UN General Assembly Special Session (UNGASS) against Corruption in April 2021. Among the ideas being floated, the Government of Colombia and US Judge Mark Wolf have proposed creation of an international anti-corruption court with jurisdiction over grand corruption cases where countries themselves are unable or unwilling to pursue them.

A range of possible solutions…

The proposal for a stand-alone court deserves careful study. So too, do six other potential reforms to the international criminal law infrastructure.

This is a complex subject that needs in-depth study and multi-stakeholder discussion over an extended period. We need to evaluate the options, and possible combinations of options, according to a range of criteria, including political feasibility, effectiveness and cost — criteria that are to some extent interconnected. One benefit of the proposal for an international anti-corruption court is to draw attention to key questions and help catalyse much needed discussions.

…but do we understand the problem?

As a first step in that discussion, it would be important to analyse and discuss the problem of grand corruption and its precise manifestations and challenges. This means first analysing the type of criminal activity, the negative impact, and the reason for impunity.

Transparency International has been working with a group of experts to develop a new legal definition of grand corruption: a definition that captures the problem we are trying to deal with when discussing new infrastructure. We define grand corruption as having three main features: a corruption scheme; involvement of a high level public official; and serious harm caused, which may take the form of large-scale misappropriation of public resources or gross violations of human rights.

The kind of definition we are developing could be used to trigger the jurisdiction of an international anti-corruption court or another specialised body or mechanism. Another option would be to introduce it at national level, in association with special procedural measures relating to jurisdiction, statutes of limitation, immunities, sanctions, standing for victims and the like. Both approaches should be considered in efforts to reach international agreement on tackling grand corruption impunity.

A definition is an essential starting point for discussions about infrastructure.

Grand corruption has devastating impacts on people worldwide, blocking achievement of the Sustainable Development Goals.[1] It is high time for UN Member States to get serious about it and follow up on the recommendations agreed by a UN expert group in the Oslo Statement of June 2019.[2] In June this year, UNCAC States Parties will start negotiations in Vienna on the political declaration to be adopted by the UNGASS against Corruption next year. That declaration should mandate creation of a UN expert working group to oversee a programme of research and analysis and to propose options for new mechanisms and agreements to counter grand corruption and ensure the missing accountability.

Gillian Dell is the Head of Conventions Unit at Transparency International and a member of the UNCAC Coalition’s Coordination Committee.